In his response to my article entitled “Thinking Through the Corruption Complex with Frantz Fanon” of 30 August 2010, Akin Adesokan suggests that I am wrong to believe that colonial trauma is a factor in any concerted effort to understand the astonishing phenomenon of corruption in Nigeria.

Adesokan’s piece, entitled “Corruption and Colonialism: A Response,” appeared in these pages on 14 September 2010.  While I fully expected critical, even cynical, responses to my argument, I have to say that I am surprised by the grounds of Adesokan’s rather strong objection.  He thinks that the absence of “principle” in the inheritors of the post-colonial Nigerian state is alone to blame for corruption’s strangle-hold on our country. In arguing this claim, he seems to understand me to be positing trauma as “the” root cause, rather than one of the root causes, of the problem.

To buttress his thesis, Adesokan relates at considerable length an anecdote from T. M. Aluko’s memoirs of service to the colonial administration. Its moral is that a principled indigenous officer of the colonial government was able to shame a monarch into abandoning his desire to dispossess the public. Even as told by Adesokan, there is more to the story as it is clear that what Aluko confronted was a warped psychic state, inseparable from colonialism. Aluko was puzzled not only by the Alaafin’s willingness to stoop to the indignity of treasury looting but also his inability to see any wrong in so doing. Aluko prepares us for this in the opening sentences Adesokan quotes: “My introduction to and subsequent association with the Alaafin of Oyo was a great experience. Oba Adeyemi II was a colorful personality, every inch an Oba, in all ways befitting the deified stool he occupied.” Yet, asked to pay his debt, his highness is “amused” and wonders aloud, “So it is on account of the bags of cement we instructed our secretary to get from the store the other day that Engineer has come all the way from Government Reservation … [to collect?]. The entire store, the cement in the store, and the store-keeper himself—do we not own them all…?”

My wonder is that Adesokan considers this to be unanswerable evidence against my claim.  For the nagging question remains: why did the Alaafin, and the lesser looters that followed his example, betray no qualm in arrogating to themselves what belonged to the public? What consciousness did the Alaafin display if not that informed by the desire to replicate the unaccountability inherent in a colonial government’s self-given right of expropriation? Did he not betray thereby a desire to reclaim the sovereignty he had lost to the colonial government? Even so, Adesokan argues, trauma is irrelevant as “the colonial system also encouraged a principled opposition” to that kind of kleptomania. What nourishes the massive corruption of today, he asserts, is “the interests of our piratical system.” But though largely true, this ignores the question of why it is a piratical system in the first place.

Before proceeding further, let me clarify that I did not set out to trace the root cause, but one of the root causes, of the pathology of corruption in our country. The tenor, if not the meaning, of my article gives ample proof of this intention. I use the plural, “causes,” and adopt the subjunctive tone as well as the comparative mode throughout. As in these two crucial formulations: “Might corruption be the ‘non-violent’ means  …. by which the colonised dreams of taking the place of the colonizer?” and “the equation of power and ostentatious living we witness today may have far more to do with our colonial, and so traumatic, past than is acknowledged.” I wish Adesokan had paid attention to this formal aspect of my piece for then he would have understood its framing hypothesis: Did colonialism, a world-historical catastrophic event, inflict only material-physical damage on the colonised, or did it cause mental-psychological injury as well?

If the answer is yes, then Adesokan’s refusal to accord trauma a role in the astonishing career of corruption in Nigeria becomes rather curious. Even more curious is his charge that I based my analysis on “an undifferentiated colonial past.” What would it mean to Adesokan’s claim that no less an anti-colonial figure than Amilcar Cabral admits the “benefits” of colonialism and yet waged a bitter war against it as a totalitarian act of domination? Indeed it is startling to see Adesokan unwittingly make himself an apologist for colonialism by pointing out the contrast between public works executed under colonialism and after independence. It is also remarkable that Adesokan further buttresses his claim by effectively accusing me of quoting Fanon “approvingly.” The inescapable inference is that it was an egregious error on my part.  But I could have quoted any number of intellectuals or thinkers who have grappled with the post-colonial predicament. Hence, for instance, my current title, which will make the reader think of the Kenyan writer, Ngugi wa Thiong’o.  Then there is the great balladeer of our post-colonial angst, Fela Anikulapo-Kuti, who sang of our “colo-mentality” thus: “E be say you be colonial man / E don be tay before before / Dem don release you now / But you never release yourself.” Or Chinua Achebe who, in defining his mission as a novelist, echoes Fanon: “Here, then, is an adequate revolution for me to espouse — to help my people regain confidence in themselves and put away the complexes of the years of denigration and self-abasement.” Achebe adds, usefully, that “no thinking African can escape the pain of the wound in our soul.” These complexes, or traumatic neuroses, are buried in the political unconscious, “the soul,” of the post-independence construct called Nigeria. Perhaps it is this element of the unconscious that wrong-foots Adesokan. After all, as the campaign slogan says, AIDS no dey show for face. Similarly, a trauma victim’s unconscious impulse to irrational action does not show on the face, so how can we blame colonialism for his or her actions long after the event?

It is beyond my scope here to discuss the means of locating the social locus of trauma, a process that involves a “return to the past,” itself a major trope of post-colonial inquiry. It is puzzling, nonetheless, that Adesokan considers it invalid to invoke Fanon’s depiction of the bifurcation of the colonized town into two parts separately occupied by settlers and natives because “there were none in the Niger area.” This even when Aluko has the Alaafin speak of a Government Reservation Area! Adesokan thus goes beyond his notion of a differentiated and beneficent colonialism to imply that Fanon’s insights into the nature of colonialism are valid only for Algeria and other settler-colonies. He warns against “confus[ing] colonial governmentality with lack of civic responsibility.” But what “civic responsibility” could colonialism which, besides brute force, thrived on a divide-and-rule strategy, have inculcated? And speaking of Nigeria which did not exist until the colonial conjuration of 1914, with regard to what civic space? Far from encouraging civic responsibility towards a national space that could foster a proper ethic, colonialism created the ethos of “government work is nobody’s work.” The converse of which is “the commonwealth is nobody’s wealth” but booty in a no-man’s land to be seized by any who can, mostly those in the corridors of power. This is the true meaning of the Alaafin’s bemused response.

I insist that a focus on the psychic life of corruption in our wounded polity promises good rewards. Unfortunately, The Guardian omitted the words attributed to EFCC chair, Farida Waziri, in her call for the psychiatric examination of public office holders and which underline the necessity for a psychoanalytic approach, clinical or theoretical. Here it is:  “The extent of aggrandizement and gluttonous accumulation of wealth that I have observed suggest to me that some people are mentally and psychologically unsuitable for public office,’ she said. The unbridled amassing of public wealth, she added, had reached ‘a point suggesting madness or some form of obsessive-compulsive psychiatric disorder.” Adesokan is free to insist as well that trauma is not a root, or even a considerable, cause of corruption in Nigeria. He is obliged, however, to dismiss my claim on the grounds of trauma as an interpretive tool of analysis. 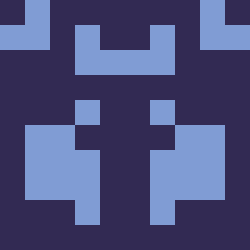