Anambra, with its population of over 4 million people in 2006, is the second most urbanized states in the country, having 62% of its total population living in urban areas. Unfortunately, past Governments since creation of the State in 1991 have failed to adopt city development strategies for the many fast growing cities in the State to cope with rapid urbanization.

Following decades of neglect and poor urban governance, the profiles of these cities indicate that they are characterized by decayed inner and suburban sprawling slums, inadequate sanitation, uncontrolled street trading, mountains of uncollected wastes, overcrowded and congested transport systems and roads with poor drainages, noise and air pollution.

It was for the purpose of reversing this ugly and undesirable trend that His Excellency Government of Peter Obi forged a viable technical cooperation agreement with the UN-HABITAT in 2007 to provide technical assistance in the preparation of structure plans for three cities, namely Awka Capital Territory, Nnewi and Onitsha. Read files/Executive_Summary_of_Structure_Plans_for_Awka_Onitsha_and_Nnewi_and_Environs_2009-2027.pdf 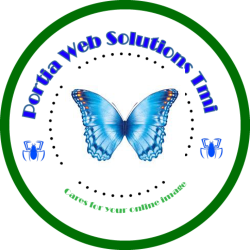