Reconstructing the Nation in Africa and The Politics of Nationalism in Ghana Reviewed By  Lloyd D. McCarthy

When Kwame Nkrumah first put the national reconstruction of Ghana in a wider African framework and raised the matter of  Pan-Africanism and the  rising up of a new African identity in world affairs,[i] those  were Africa’s noblest and boldest aspirations in the dawn of the post-colonial period.[ii]  In Ghana, after independence, there was to be no further reference to Ashantis,  Dagombas,  Gas, Ewes or Fantis. [iii] The new African personality would build new nations on the continent on the basis of the people’s common history and heritage, free of prejudice, chauvinism, and ethnic antagonisms.

What went wrong? This is the question that Michael Amoah appears to be addressing in the book reviewed here.  His work makes an important contribution to the systematic study of the people of modern Ghana and their ethnographic origins with the objective of identifying the basis upon which different peoples and existing nations, disingenuously partitioned and lumped together under colonialism, within Ghana and other African states can be brought harmoniously together to build a common national identity for the post-independence  reconstruction of  Africa (3).   Amoah  makes it clear, that there is no lack of consensus  on what is the solution for the ethnonationalism  and “politics of the belly” which plagues multinational African states.  The solution entails strategies that will strengthen the solidarity of Africa, instead of its apparent disharmonies. Amoah argues that the solution includes any strategy that will bring oneness to the “homogeneity of ‘transborder’ peoples”  as opposed to superficial  “divisive and inter-‘nation’-al antagonisms and insecurities arising out of political boundary restrictions” (50).

Africa’s prosperity and human development is on Amoah’s mind as he looks, like Janus, to that continent’s past as well as to its present political realities to evaluate its future path for development. What appears to worry Amoah is the same issue that other African scholars and western journalists seem to be grappling with, as Africa unravels its colonial legacy and struggle for reconstruction in the emerging order of world affairs.  As the vision of uhuru—political independence—and the associated ambitions and hopes anticlimaxes for millions of Africans (1), will relatively stable  multi-ethnic states such as Ghana tumble into the sort of ethnic conflicts that ravaged  Rwanda in 1994, or will they reemerge as unified nations and people in the manner once expressed by Kwame Nkrumah and Sékou Touré,[iv] “giving birth to a new man, a man of virtue committed to collective betterment?”[v]
The political roots of  Africa’s economic disappointments and stagnation,  however, is best analyzed in other works, as Amoah has devoted his book to nationalism and the study of  the rationality and the patriotism of ethno-nationalism  in Africa’s multinational states which he argues is not wholly antithetical, in some cases, to nation building in Africa.  “Ethnonationalism comes rather naturally for most Ghanaians”, says Amoah, “and rationalistically so” and is reflected in voting patterns. It does not mean however that ethnonationalism in Ghana is contrary to patriotisms or the citizen’s sense of responsibility to the state (166).

Thus Amoah suggests that  much attention has been paid to nationalism and nation building at the macro level in research and  policy to the neglect of the microbehaviours, for example, the political rationality that can be found in ethnonationalism that informs national consciousness (4).   Hence he went on to provide a thorough and thought provoking analysis of the theories on the subject of nationalism and explains how  European “mainstream thinking” has predetermined the international criteria for nationhood, when such theorizing may not be applicable  globally and much less to Africa. He argues persuasively that scholars of modernism have incorrectly claimed that emerging nations of the 20th century were imitating the Europeans 18th century model of nation building which began during the 16th and 17th centuries (32).  “Were there no nations and nationalisms before the French Revolution in the late 18th century?”(20), asks Amoah, as he investigates the mainstream theories on nationalism.

For example, he makes the case that, “the Ashante in Ghana were known to have been in existence as a powerful nation-state long before 1699 when trouble began to brew between them and the Dutch over the procurement of slaves, obviously over a century before the 18th century threshold” (32).  As far as having an ideology and cultural institutions as indicators of the existence of a nation and nationalism, Amoah points to  the fact that the Fanti in Ghana, which emerged prior to the 17th century, had a religious based ideology which was “strictly adhered to by their leaders in their nation-building, military, and other nationalistic efforts.” He reminds his readers that “with regards to a mass public culture or education system” as a test of nationhood, Timbuktu, a city of Old Ghana, is on record as having  one of the world’s first academic centers of higher learning. It had also reached high levels in “commercial and intellectual development” and led the way for university education (32).

In Amoah’s writings, we can hear a voice arguing from the depth of Africa’s human development despair[vi] that the grand vision and psychological capital that Africans have harnessed to fight for national independence on the Gold Coast in 1957 can be recaptured and used in reconstructing the nation in Africa (2).  This “task of reconstructing the nation” says Amoah, is necessary today in Africa because there is much more to struggle for (2). Egalitarianism in statecraft, real economic progress, and a new caliber of leadership (187-88) are now required to chip away at the clientelism, patrimonialism, and what Amoah calls the “pervasiveness of the figuration” or “the politics of the belly” that fuels the extreme (42%)  to high (25.5%) levels of ethnonationalism found in his survey of Ghana’s urbanites (162) and reflected in the attitude of the general population.

In this thought provoking work,  Amoah finds a ray of hope in the fact that “62.9% of Ghanaians admit that tribalism works against homogenization within the state and ought to be suppressed” (120).  Simultaneously, he reminds us that tribalism is not unique to Africa, but is a pattern of  political behavior that was observed in 19th c Europe as well (119).  Who should suppress this tribalism in Ghana  and/or in Africa?  Amoah did not say.  Implicitly, the state is suggested. While Amoah in this work did not engage in a class analysis of nationalism, ethnonationalism and tribalism in Ghana, as a political theorist he ought not to have ignored the Marxist theory of the state as an organ of class rule and an organ for the suppression of one class by another.[vii]  Amoah’s findings that over 62% of Ghanaians believe that tribalism should be suppressed suggests that the majority of Ghana’s workers and peasants do not benefit from tribal or ethnic politics and patronage practiced by the ruling elites. Neither did, Amoah explains, the ruling classes among  the Fantis, Ewes, Gas, or Dagombas, in post-colonial Ghana, fuel ethnonaitonalism and tribal politics as their way of taking state power and grabbing the public’s purse to the detriment of the majority classes.

Michael Amoah’s  Reconstructing the Nation in Africa: The Politics of Nationalism in Ghana is an important work on nationalism, ethnic groups,  and the history and politics of nation building in Africa’s multinational states since independence.  As a scholar of international politics, ethnicity and nationalism, he has produced a work that convinces the reader that creating national homogeneity in Africa’s multinational states will require enormous investments in the cultural development of the population and in the creation of a new set of future leaders committed to egalitarianism in statecraft and Africa’s economic development for the benefit of Africans. The book will be of tremendous value to scholars of African history and politics, as well as for informing development policies in multinational states such as Ghana.  Students of Africana studies and international politics should also find this work to be of tremendous value although they would be advised to read it along with a book on African history in maps. 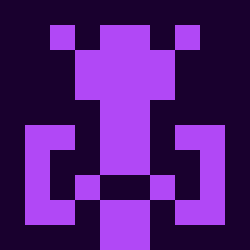