Can Africa tell its own stories?

There is not a lot of money in African journalism. As an African journalist, I know this all too well. An illustrative example: I was in South Sudan in November 2012, on a trip I was financing myself. Weeks in flea-ridden hostels culminated in a four-day stay at a refugee camp near the border with Sudan. I was the only reporter there and pleased with myself for getting a story that no one else had. Not so fast

On my last day there, a small plane descended unannounced on the tiny airstrip and disgorged four foreign correspondents in their khakis and combat boots. They represented two of the biggest and best-known international media outlets. They spent a total of two hours in the camp. One of them had filed his story even before he left.

As they hijacked my interviews, I chatted to their fixer who whispered to me that they had spent $8,000 to hire the plane for the morning. To me, this was an unimaginable sum: their morning cost more than four times my entire two weeks in South Sudan. And, of course, they missed the story. In four days I barely scratched the surface of what was going on in the camp, but in their two hours, they could not even get beyond official statements.

For aid workers and the camp’s refugee leadership, this was a common complaint: journalists, invariably foreign, screeched in for a few hours and got the story wrong.

This echoes a common lament among African journalists, politicians, policymakers and civil society activists, which goes something like this: one of Africa’s biggest problems is that it is not allowed to tell its own stories. The agenda for African news is decided in far-off Western capitals—London, Paris, New York—and written by dashing foreign correspondents who do not understand the local complexities and base their narrative on sweeping, misleading generalisations. Sometimes the reports are wrong or distorted. Sometimes their depictions and analysis are borderline racist. (Sometimes, foreign reporting on Africa is excellent; but in general it is hit and miss.) The broader point remains that Africa is not setting its own news agenda.

The end result is that Africa continues to be defined by stereotypes: it is poor; it is conflict-ridden; it is starving and dangerous. It is the helpless continent, or—if those invariably white editors are in a good mood—it is “Africa rising”, the positive generalisations just as sweeping as all the negative ones which came before.

The potential real-world impact of all this is obvious. Policy is determined, money is spent and decisions are made at all levels based on an outsider’s view of Africa. If the image is wrong, then the policy will be too. And if the vision is formed by often clueless interlopers, then chances are that the representation is wrong.

This has implications when it comes to protecting freedom of expression in Africa, particularly press freedom. Usually, there is a lot of emphasis on governments to guarantee freedom of expression. This is as it should be: censorship and media manipulation are widespread, and the powers-that-be are overwhelmingly responsible for imposing these types of restrictions.

It is easy to forget, however—and it is all too often forgotten—that there are other ways in which this right is undermined, and it is not always the fault of authoritarian rulers. In this case, the failure of Africa to tell its own stories for its own audience is curbing the continent’s freedom of expression.

The solution, then, is simple, and oft-repeated—we need African stories told by Africans, for Africans. The only problem is that these stories are hard to come by.

In the overwhelming majority of newspapers across the continent, news about the rest of Africa comes via the usual sources, principally Reuters, the Associated Press, Agence France Presse (AFP) and the BBC. It doesn’t matter if you are reading South Africa’s The Star in Johannesburg, Ghana’s Daily Graphic in Accra or the Gambia’s Daily Observer in Banjul: the African section will be a cut-and-paste job from Western news sources writing for Western audiences.

“It’s true,” said Frederick Kebadiretse, a reporter with Botswana’s Mmegi (Reporter) newspaper. “Most of our African articles we get from the internet.”

There are a few beacons of continent-wide journalistic excellence, but these are few and far between. East Africa’s Nation Media Group, bankrolled by the deep pockets of the Aga Khan, has an excellent network of foreign correspondents across the continent. It produces much of its own news about Africa for its stable of newspapers, television stations and news sites. South Africa’s e-tv has a bureau in Nairobi, Kenya.

For the most part, though, the African press is lacklustre and passive. We need to question the role it plays in perpetuating the image of Africa that is created by Western media. And we need to remember this when discussing freedom of expression in Africa: sometimes, even when newspaper, television and radio outlets are theoretically free, they are either unwilling or unable to express themselves due to a deficit of funds and skills.

In this case, it’s mostly about the money. “I think the thing is most newspapers here are under-resourced,” Mr Kebadiretse said. “If you say something happens in a place like Marikana [South Africa], for us to send a team of journalists to cover it directly it would be too expensive. I do think it’s a problem. When foreigners come here they may paint somehow a different picture from the way Africans can see things happening.”

Other African journalists contacted by Africa in Fact echoed this problem. Even the relatively prosperous and established Nation Media Group finds it difficult to compete with the likes of Reuters and AFP.

“While there is a certain acceptability when you have an African news organisation covering Africa, regional media houses are still very much handicapped by a lack of finances,” said Lee Mwiti, senior writer with the Nation Media Group’s Africa division. “More often than not the case is that we cannot compete with foreign organisations when it comes to paying correspondents and funding their work such as travel. That means that we often have to resort to depending on foreign wires to cover the continent for us—the very thing we are trying to get away from.”

The lack of funding also leads to a brain drain of top African journalists to richer international competitors. “The best African journalists end up working for the foreign agencies—the wires and big media houses—who then require the journalist to write according to their template, or re-edit to fit their reporting ethos, attracting the usual criticism of biased reporting of the continent,” Mr Mwiti added. High profile examples of this include Anand Naidoo, who works for China’s national broadcaster, CCTV, and CNN’s Robyn Curnow, both of whom started their careers with the South African Broadcasting Corporation.

This trend compounds the issues with competence that the African press already faces. It is no secret that many African news organisations suffer from a shortage of skills and training. They certainly cannot afford to have richer international rivals poach their top talent.

Compared to funding their own correspondents, however, wire copy is cheap—or even, all too often, free. “A more worrying trend in African media is plagiarism,” said Johannes Myburgh, an AFP editor based in Johannesburg. “Many use the wires for African news, but many [if not most] do not subscribe. They pirate it from the internet.”

This is, of course, because African newspapers, wire services, television and radio stations, and even internet sites are chronically under-resourced. “African news outlets are often quite poor though and struggle to stay afloat, let alone afford to maintain correspondents in neighbouring countries, Mr Myburgh said. “It is not simply a lack of interest in the rest of the continent.”

Even the big guns in the media world have been cutting down dramatically on their foreign coverage, with Africa often the first victim. This leaves a grim picture for the future of the African narrative, which will continue to be written by a foreign press with ever-diminishing resources. But all is not lost. There are solutions.

First, African news organisations can be encouraged to share content with each other. Why run what Reuters has written about the Liberian elections when you can run what Liberia’s The Analyst newspaper has written? Contentsharing agreements would be cheap and easy to arrange. They would ensure a stream of well-informed stories aimed at a local rather than foreign audience. AllAfrica.com is pioneering this approach, publishing articles from over 130 African media outlets with exactly this intention.

But this is not a flawless method. The local press can be partisan. Skilled editors need to be able to sort the good journalism from the empty rhetoric, which can appear side by side in the same newspaper. Sometimes stories aimed at domestic audiences do not translate that well when taken across borders, purely because knowledge of context and background is assumed; this too needs careful editing for a wider African audience.

AllAfrica.com has successfully adopted this approach. Although its content is relatively small in volume, it is “widely used” by African news organisations, according to John Allen, AllAfrica’s executive editor. AllAfrica’s editors, when they can, try to package domestic reporting in a way that is suitable for a continent-wide audience.

Again, however, they are limited by a lack of funding. “Ideally we need a cooperative news service, in which we employ writers to take local publishers’ copy and package it in full-length stories which provide the context an outside reader needs. But right now we just don’t have the resources to do this on any meaningful scale,” Mr Allen said.

An even more direct approach to fixing this problem is to plug the funding gap. There is plenty of money floating around aimed at supporting African media, but a lot of it is being spent unwisely. Another illustrative example: a few years ago one prominent NGO, which shall remain nameless, spent tens of thousands of dollars to fly ten Sudanese journalists to Nairobi for a workshop on electoral reporting. After the workshop, delivered by a former journalist who had more theoretical than actual experience reporting from conflict zones, one of the Sudanese editors offered his verdict on the training: “The cake was good.”

What he needed more than costly workshops was money to pay his reporters, buy flak jackets and keep the cars filled with petrol. That would have improved his electoral reporting considerably.

A similar logic applies to helping African news organisations cover Africa for themselves. Donors looking to support the African press could sponsor a continental correspondent or two, or even fund an Africa desk with the requisite copy-tasting and editing skills necessary to make domestic content from other African countries relevant locally. This is not, perhaps, a sustainable solution; but in a global media market that is haemorrhaging money, sustainable options are difficult to come by.

It is a serious, continent-defining problem that Africa is unable to tell its own stories, especially to other Africans. It is a curtailment of our freedom of expression, just like censorship, although this time governments are not entirely to blame. The culprits here are rather more prosaic: declining circulation figures, minimal advertising spend, and the generally poor financial health of so many African news organisations.

Yes, there are solutions, but they are imperfect at best, meaning ultimately that for the foreseeable future, foreigners will continue to craft the African narrative. 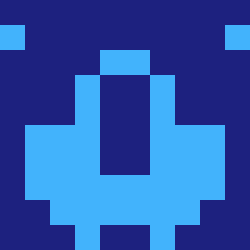