The Quality of a Good Politician in a Democratic Society

The first principle of unalienable rights recognises that everyone is naturally endowed by their Creator with certain rights that cannot be infringed or given away. Amongst these rights are life, liberty and pursuit of happiness.

In order to secure or safeguard these vital rights, “…government are instituted among men, deriving their just powers from consent of the governed” as declared by Thomas Jefferson, the principal author of the Declaration of Independence (1776), who was elected as the third President of the United States of America (1801-1809). Constitutions are also made for the purpose of  securing, protecting, promoting good governance, accountability and welfare of all citizens-the governed. The government instituted among men is the elected representatives who are also known as the politicians. These politicians are required to implement social reforms and policy measures that contribute to the general welfare of the populace.

My little Oxford dictionary defines politician as “person engaged or interested in politics” and politics as “science and art of government; political affairs or life or principles etc.” Politics consists of “social relations involving authority and power”. A politician is defined as one who is actively involved in politics or one who holds or seeks a political office. A politician is an individual who is involved in influencing public policy and decision making in government. Politicians play a central role in our lives. They are the concentrated voices of the people that make all efforts to improve their constituencies and peoples’ welfare. Good and dependable politicians are delight to serve the people and consider themselves as servants and people their paymasters. They represent the hopes, aspirations and the interests of every citizen in the state.

A politician’s qualities are his characters that are natural, while some of the qualities are as a result of  external influences. Promising politicians qualities are often backed by skills, experiences, intelligence, integrity, with instincts -all combined together to achieve their goals. First and foremost, the best quality of a politician is honesty, God fearing and loving. A faithful and effective politician is trustworthy and reliable. He must capture the essence of truth, display sincerity, candour and practices what he preaches. He makes decisions and accepts responsibility for his actions and his words. The same is true in his dealing with his people. He makes promises and keeps those promises. Somebody that people may be relied upon. Loving people with all his heart, might, mind, soul and striving to help them as a true mark of responsible politician.

Moreover, a fake politician, will after taking the oath of office with the Holy book and lousy thanksgiving services, use their power as an end in itself, rather than for public good, making them indifferent to the progress of their citizens. A good politician becomes the image of his creator. A good and responsible politician will give high regard for morality, law abiding with no tendencies to corrupt even a single cent or kobo. The greatest strength of good  politicians is deriving joy in serving people and not to steal tax payers money. They know that a fulfilling and meaningful life is created through service to others. To be an effective politician, your followers must have trust in you. And the very best way for a politician to build trust is to display good sense of characters and qualities composed of values, beliefs, traits and skills.

Another important quality of a good politician is integrity and technical skills to handle those challenging assignments, fiscal matters, policies, plans, projects, ideas and initiative solutions to problems. Integrity is consistency of actions, methods, measures, values, principles, expectations and outcomes. It is doing what is right, both legally and morally at all time even when no one is looking. Since politicians play very significant roles in the administrative processes, especially having hands in thousands of   important laws and policies to their communities and country, they should be well-educated, modest, with experience in social welfare, volunteering or should have done some good work for the society. A politician should have a thorough knowledge and up-to-date information about the constituency where he is going to contest an election.                  Sir Winston Churchill, a famous British politician who served as Prime Minister twice (1940-45) and (1951-55) once said that “ a politician must have “the ability to foretell what is going to happen tomorrow, next week, next month, and next year. And to have the ability afterwards to explain why it didn’t happen”. Hence, a political career is meant for the people of high integrity and additional skills to achieve results and finding better ways of making life better
for the people they represent. Politics are not meant for dropped-outs, area fathers, thugs, assassins, criminals, illiterates god-fathers, inept, dubious and corrupt politicians. These person, apart from being greedy doesn’t know the importance of education and can never invest properly on it. Good governance, transparency and accountability will be eluding states and nations where these above mentioned set of people found themselves in the corridor of power.

An incompetent and irresponsible politician will make people to hang around his house like bees to honey to feed them with “amala”, “tuwo” or “eba”just for days. He prefers to give out expensive gifts, donations and bribes  from tax-payers money to win elections. An achiever will not need to do such things to win elections or people to their side in all ramifications. That is why you will hear people saying “Politics is a bad game of deceit and hatred”, “Politics is a do or die affair”, “Politics is a dirty business”, “Politicians are very sick people” and so on. It is those politicians of limited merits and capabilities that are bad and not politics. They cannot do more than their moral and intellectual capacity. A true democratic government is the best concept for the growth of any nation. A good politician enriches lives and feeds souls of many people and not making them to become beggars, touts, kidnappers, armed-robbers and fraudsters.

A good politician should be of a well disciplined personality with selfless service to make live better for his people. This should be reflected in the community where he lives in all ramifications. Discipline is necessary for an orderly society and political life, without it, the social life would become miserable. A selfless service is putting the welfare of the people you’re representing before your own. Winston Churchill described it as “the first of all human qualities because it is the quality which guarantees all others”.   A good politician firmly believes in taking care and maintaining the community of his people. He believes that community service is about giving back. According to Theodore Roosevelt, “the most successful politician is he who says what the people are thinking most often in the loudest voice”. A person or politician who is with criminal background, or any links with criminals or whose allegations on corruption have not been cleared by the law court should be disqualified to participate in elections.

Responsibility and party loyalty is another quality of responsible politician in a democratic state. A transparent politician is nearer to his people and meeting them to understand their problems. Only fake politicians are seen by voters when an election is near or change parties as footballers change clubs. As every parent has its responsibility to teach their children the principles of moral, culture, truth, sincerity to be self- responsible, so politicians need to integrate its citizens with importance of political responsibility and democratic values. A politician leads by example and knows his minimum responsibilities as an elected representative. A politician comes to politics to work for his constituents and not to work against them. He is the beck and call of the people and ready to listen to everybody. All these build a strong foundation for a dynamic society which will create solutions for any challenges, and finally develop strategies and political systems that will help implement those solutions automatically. He is quick to give hand to his fellow man. A reliable politician should be very loyal and committed to his party which shares his vision and goals. The value of loyalty simply depends on trust. A citizen should belong to a party with most brilliant, skilful, patriotic and dynamic  people with common goals and aspirations. Team work best when they have common goals, mutual respect and understanding of each party member’s strength. Politics is to unite and reach consensus and not to divide or create enmity among people. Power is only a product of collective action.

Finally, to become a great politician or statesman, you have to use your talents, skills, experiences, honesty, integrity, challenges and constraints with the positive effect that we can have in touching other human lives. Politician must leave his constituency better than before elected. Greatness is within reach of a politician who consistently do things they out to be doing. He learns from mistakes and criticisms. It is a bad politician that will see that all the good is in his side and that all the bad lies with his opponent or just because someone does not agree with him, does not mean that all their ideas and solutions are bad. Good politicians show respect to the views and experience of others. Nobody has a monopoly of wisdom. He who aspires to be a great politician should have the ability to find and analyse problems in their constituency and  find the best solutions for all these problems.   There is no problem in this world without solutions. A good politician knows that simply giving consistent effort in the little task of services, social reforms, kindness or sacrifice in day-to-day life leads to true greatness of a nation. If all politicians make it a point of responsibility to develop and make life better for people in their units, wards, constituencies, states and regions-we will definitely have a great country. 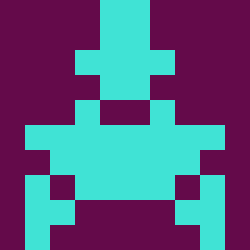