June 27, 2017 – Business strategy is all about using uncertain information to make unalterable choices that best create and capture economic surplus. A successful strategist must find and exploit opportunities that establish and protect a sustainable advantage. Otherwise, the economic surplus will be snatched up by other industry players such as competitors, suppliers, channel drivers, and customers.

This is about beating the competition as military strategy most vividly demonstrates. It doesn’t mean you need to become the No. 1 player to succeed (although such a goal can inspire organizations more than a profit target), but you must be better at something so that you can offer the best value to a defined set of potential customers.

It used to be quite clear who the chief rivals are in most industries, but companies now have an increasing variety of unique competitors, making the playing field harder to define. It is easier if the competitor is a sleepy incumbent, especially if it needs to decide whether it should disrupt itself or hold on to the current business model. But if you are the incumbent looking to fend off attackers or are facing fierce competitors, beating them is easier said than done.

With all this in mind, you would expect to see boards and management teams collecting and analysing competitive data, spawning insights that guide every strategic discussion. Think again. My experience suggests management is inwardly focused, and the effort to study and anticipate competitors’ moves is remarkably superficial.

Our research shows in this exhibit that managers are much more likely to focus on their own organizations’ strengths and weaknesses, on trends and economic drivers and on risks and uncertainties, than on their competitors’.

Do you think you are doing better? Do you wonder how to?

Here are five practices that can improve your competitive readiness and your organizational culture and agility.

Consider how often you and your management team formally and informally talk about competitors’ economics. Compare that with the depth of data some use to discuss sports: game results, detailed player statistics and so on. Further, I bet that someone on your team is heavily engrossed in Fantasy Football. Now, imagine that energy focused on analysing competitive data and potential moves.

Insight into how your rivals’ competitive economics differ from yours is one of the hardest and most important things to understand. How does scale help if they are much bigger? If their assets or personnel productivity is higher, how far can they reinvest it in pricing against you? Is their sales mix more favourable across portfolios, geography, channels and the like? What’s their real marketing spend, and how does that influence your customers’ willingness to pay for their products?

Test yourself and your team with an important product or service you sell. Would you and a competitor earn the same profit for the same price? If not, can you explain the five biggest drivers and not limit yourself to the linear thinking a recent HBR article aptly criticizes? (Misperceiving, for example, that even a small reduction in price may require significant improvement in volume to balance profitability.)

Retail businesses are great examples. A lot is observable by visiting competitors’ stores. Traditional retailers – even mighty Wal-Mart – are being disrupted by online players. But some innovative brick and mortars also compete differently. Costco charges an annual fee; Wal-Mart doesn’t. Costco’s large package sizes attract bigger baskets, require less replenishing time and allow faster checkout, which drive significant efficiency and help sales per square meter, making more of fixed costs. Aldi has another way to disrupt many giants. It has real scale for each SKU it manages by focusing on fewer SKUs and only some branded ones. Aldi also limits fresh produce that requires more service and costly cold-supply chains with higher shrink. It standardizes the simple look and feel of the stores, which are cheaper to build and maintain. Differences such as these allow the likes of Costco and Aldi to offer customers lower prices than bigger supermarkets with greater purchasing power can.

Your competitors will not stand still. They will improve their value proposition by the time you upgrade your products or launch a new service offering. While you consider an attack on their best profit pool, think whether they are likely to attack yours and ask how strong of a defence you can mount. Look for supporting evidence once you have a hypothesis about where a competitor may be headed.

As you can see in the exhibit below, research shows that future competitor reactions are widely ignored even in the two areas you’d want them to be best studied: product and price decision. More on price below.

It is just as common to see companies overestimate the risk and speed of competitive responses as it is to see them ignore the risk. The most vivid example is when you are considering a price change relative to a direct competitor. Will it follow? Understanding its economics will give you part of the answer to whether it could or should follow suit. You may have better margin to afford a cut and have deeper pockets to sustain a price war. Or your brand may have higher loyalty that allows you to increase prices with lower volume risk. But rational game theory is not enough because behavioural biases may thwart rationalism. A competitor may not match a price cut due to pressure to meet short-term targets, difficulty to align internally or dismissiveness about risk. They may react strongly if their managers’ incentives are heavily influenced by market-share target improvement.

Most large companies have a competitive-insights function that collects data on competitors, provides regular reports and helps achieve some benchmarks. Senior managers follow competitors’ results and announcements, and they hear titbits from suppliers and customers on what competitors are doing or planning. But they are slow in putting that all together to identify opportunities and threats. This is even harder when the competitors have new and disruptive models. For example, how worried should cable players be about the increase in cord-cutting? If channels will de-bundle, is the move a threat to all content providers or an opportunity for some?

Such synthesis should be an input for all major strategic decisions – on branding, product portfolio, and pricing architecture – without which managers are hit by a “Sixth Sense” moment of the full situation becoming clear only too late.

Even in fairly extreme cases – when a competitor may have a massive setback like a product-safety scandal, product fraud, massive service failures or loss of customer data – the response tends to be timid. This is not to suggest that the response should be to poke directly at a competitor by goading about their shortcomings. Rather, by applying the combined practices, understanding the impact on their economics and anticipating their ability to respond could mean now may be the time to go after prized key accounts or channel partners, launch an aggressive marketing campaign. or offer a bold service guarantee. Consider Apple’s recent launch of its “Switch” website, encouraging potential customers to move from Android devices to the iPhone 7.

One of the greatest strategists in history, Sun Tzu, is quoted as having said “If you know yourself but not the enemy, for every victory gained you will also suffer a defeat.” He is also credited with saying “If you know your enemies and know yourself, you need not fear the result of a hundred battles.” I bet Sun would’ve done well in Fantasy Football.

Yuval Atsmon is a senior partner in McKinsey’s London office. 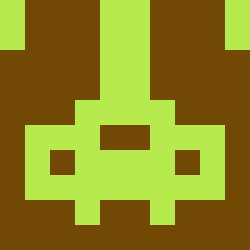