I also dealt with the cultural suicide in Igboland as well the genocide against fellow Blacks in Sudan. This article will focus on the need to transform our peoples’ mindset/paradigm especially Igbo Diaspora in USA and Britain using Igbo culture in order to deal with the issues facing us. Paradigm/mindset is the way one perceives, interprets and understands the world and things or one’s mental map.

Who are you? What is your root? What is your identity? Identity is destiny. Unfortunately, Nigerians and Igbo people usually define themselves as their profession, job, position or titles. But your true identity is your character or values. Values are the first and most important component of culture. Hence our culture is our future.

Culture can be defined as the totality of a people’s way of life and worldview passed on from generation to generation. It has 4 major components namely: values, norms, institutions and artifacts. Values deal with beliefs and what matters most to a group. For example, stealing and treachery (sabo) are abominations (nso ala) among the Igbo. Norms deal with expectations and standards of behaviors. Violating norms usually attracts sanctions. Institution deals with instruments to maintain peace and harmony and enforcement of sanctions. Artifacts deal with physical manifestations of the values and norms such as arts, clothing, dance, etc.

Culture defines and distinguishes a group because a group without culture is like a tree without roots. The best way to destroy any group or a person is to destroy the culture. This was exactly the strategy used by the slave masters against Blacks during the inhumane transatlantic slave trade. The United Nations designated 2004 as a year to remember the evil of cultural genocide against Blacks and also celebrate Haiti’s 200th year of freedom.

Every group or society has good and bad aspects. Progressive group will amplify the positive aspects and change the negative aspects in order to evolve and progress. When the rest of the world was wallowing in the “divine rights” of and worship of Kings (monarchy/feudalism), Igbo people were one of the few societies with democracy and leadership model. Leadership is far superior to rulership (kingship/monarchy). It still baffles me why any sensible person would abandon a superior model (Leadership) for an inferior model (rulership/”king”) when the rest of world is now moving to that superior model (leadership). It is sheer madness and outright foolishness!

Igbo enwe eze (Igbo has no kings). Igbo culture before the coming of the “Whiteman” or European colonials and until after the uncivil war (1970) was the superior model with many positive aspects such truth/integrity (eziokwu bu ndu), fairness/justice (mmegbu adi mma), brotherly love (onye aghala nwanne ya), industry/hard work, love of education, freedom, democracy, egalitarianism and republicanism, progress, and a balance between individualism-collective interests or community. It is not true that Igbo are solely “individualists. There is a balance between individual interests and community interests. On the negative side, for examples, the killing of twins and the “osu” system were two big ones.

We need to celebrate the positive aspects while we change the negative aspects of Igbo culture. Egalitarian or equality, freedom and progress principles, and Igbo language are the heart of the Igbo person. The real Igbo do not bow or fear anyone except God. A real Igbo is a free citizen not a “subject” of anyone. Anybody destroying these fundamental Igbo principles and Igbo language is an enemy of the Igbo race. In Canada, French Canadians are fighting to preserve their culture and have taken measures to so. The Igbo should do the same. What need changing are the negative items. The white missionaries stopped the killing of twins. It is now our duty to stop the discrimination against “osu.”

The Igbo culture was originally a culture of life (ndu bu isi) instead of death. Life was celebrated while death was despised and feared. The only death celebrated was someone who lived long (usually above 60 years) and had grown up children. Now, the opposite is the case. Igbo efulefu (useless, fools, political/economic prostitutes) are now making Igbo culture a culture of death. When someone dies in Igboland these days regardless of the age, achievements and circumstances, it is merriment and drinking time. It is time to blackmail the bereaved and extort everything from them instead of helping the bereaved (the real Igbo culture). The dead person’s children/family will be forced to borrow money or sell land to entertain people and give a “befitting burial” even if the dead died from starvation and poverty. The lavish burial ceremonies reflect the demented mindset of Igbo efulefu.

As a child, my mother, Nzenalu Florence Njoku, used to make me carry food to a bereaved family because the bereaved Igbo were not supposed to cook. This is the real Igbo culture —  helping your brother in times of need. But the Igbo efulefu has turned it upside down. A personal experience would suffice. When my mother died suddenly in 1988, I was very devastated. Upon my elder sister (Susan) and me returning from Canada, we were faced with endless demands and blackmail in the name of “culture.” While my own age grade was giving me the list of things I must do for them before burying my mother, my younger brother’s age grade (Ometerenje) asked my brother if there was any help he needed from them. This made me to switch to my younger brother’s age grade until today. It is a principled position I will maintain until our people go back to our original culture of life and helping someone in need instead of holding him hostage. Let us celebrate life instead of death. Igbo culture is a culture of life.

Language is an important aspect of culture because communication is the most important relationship skill. It is even more important in Nigeria where language is the group’s identity. The great Igbo language is now under a grave threat of extinction because Igbo efulefu inferiority complex. Anyone who is not proud of his/her language and does not speak his/her language is not fit to live. If you speak English but do not speak Igbo and/or teach Igbo to future generations then you have inferiority complex. Please speak our Igbo language and ensure the survival of your mother tongue. Many groups including French Canadians are fighting to keep their language from being destroyed by outsiders while the Igbo efulefu are the ones destroying their own language. Stop the cultural suicide. Speak Igbo language. Igbo is our race, ethnicity and language. Aha m efuna (may my own name/identity not disappear) is a great Igbo saying. What type of person would remain apathetic when his/her language, identity and race are faced with extinction or danger? Even animals react and activate survival or self-preservation strategies.

In most civilized societies or groups, it is the citizens in Diaspora who provide both the intellectual and material resources for change in the homeland. But Igbo in Diaspora are exactly the opposite. Most want to join the Nigerian corruption and sycophancy parade to get their share of the national cake at the expense of Igbo collective interests and culture. While Igboland is faced with mega problems and needs, it is pathetic that some Igbo in Diaspora especially USA and Britain would come home to take chieftaincy titles, speak queen’s English and display their ”dollar” or pound sterling. It is simply mental disorder for anyone to show affluence and “bigmanism” to starving and longsuffering people in Nigeria. Think about it, what are you trying to show the poor malnourished people at home instead of trying to relieve their pain and sufferings? The most despicable are the so-called Igbo ”kings” in America and Britain. You would never see any Yoruba or Edo or Hausa/Fulani abroad claiming to be the Oba or Emir respectively.

A palm wine taper in my Umuezie village seems more enlightened than some Igbo efulefu abroad. This is a shame and scandal. Those lucky enough to be abroad are supposed to be role models for those in Nigeria to emulate. We are supposed to be change catalysts. We are supposed to confront the demigod rulers, power elites and other corrupt individuals destroying the homeland and the people. We are supposed to inspire our people in Nigeria and contribute to the development of our Igbo people. We are supposed to proudly practice our authentic culture and educate home people about the importance of culture. Examine your conscience and answer this question: what contributions have you made to our people in Nigeria? Are you making a difference or are you just amassing filth wealth/titles like the corrupt ego-driven Nigerian demigod rulers and political elite? We must become leaders of our people through sacrifice, service and servanthood. After all, we are enjoying the sacrifice and servanthood of leaders such as Martin Luther King, Malcolm X in America, Britain and other civilized nations.

Our Culture is our future. Culture (values and norms) is the foundation of a society. I see no future for Igbo people until we return to our authentic culture especially the positive aspects. God blessed the Igbo with the superior cultural model (Leadership, freedom, democracy) when the rest of the world was wallowing in the “divine” rights of Kings but the Igbo efulefu are now driving us to the inferior model (rulership, monarchy/feudalism). In the 21st century the rest of the world is moving towards the superior model or the original Igbo culture. Only a fool would trade a Mercedes Benz for a bicycle. Despite all the PhDs, academic and material “success,” many Igbo especially Diaspora Igbo are not wise. I will rather be wise without academics than academics without wisdom. Material “success” and amassing filth wealth and titles are not the same as real success and development.

Transform your mindset. Your character and values (not titles, positions and material possessions) defines you. In Igbo culture, a thief or a murderer or a liar or traitor or a self-centered person or Igbo efulefu who would not defend his/her people and culture is “nso ala” or abomination regardless of titles, position, material and academic achievements.

Become a change agent and transformational leader of our people. 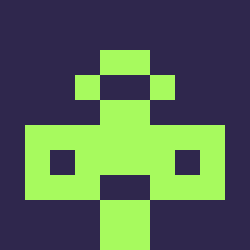