Religious Crisis, Terrorism, and Our Security.

This must be a very difficult time for Nigerians and Nigeria itself, especially with recent events such as; Bauchi crisis (Kala Kato), the attempt to blow up flight 253 by Abdul Farouk Abdulmutallab, the second Nigerian who caused a security concern on the same flight no 253 to Detroit (though he was truly sick), the bomb blast at the Superscreen Television Station, our sick president, fuel scarcity, fire at African Independent Television (AIT) station and farmers/herdsmen crisis in Nasarawa State (a lot of people died while many were displaced).

These are not very good image projectors of our country. It’s simply a public relations disaster for all. Please make no mistake about it, Nigeria and Nigerians will surely pay the penalty for all these image problems. To me, image is every thing. The re-brand Nigeria Project championed by Madam Dora Akinyili (Information Minister) should now be allowed to finally rest in peace, because recent events have rubbished it

When I wrote about Boko Haram crisis, published on national newspapers, international media and my blog, I prayed to God that, let this be the last time I will write about religious crisis. I don’t know if I should repeat that prayer here. However, I wish to express my sympathies to all the innocent Nigerians who were displaced, or who lost people or properties due to this crisis. I condemn all kinds of crisis be it religious or otherwise. I also condemn all acts of terrorism. I will ask all Nigerians to unite and condemn all acts of terrorism and all kinds of crisis (religious etc). In crisis, just like in terrorism, many innocent people die. Am sure Nigerians will agree with me that these twin evils (religious crisis and terrorism) are amongst the biggest threat to us (Nigerians) and all human races.

We have a duty to fight these menace and other societal evils. Alhaji Mutallab (father of the flight 253 bomber; Abdul Farouk Abdulmutallab) has given us a clue on what all of us should be doing. Alhaji Mutallab reported his son to the American Embassy and the Nigerian Security Services when he suspected the strange behaviors of his son. This singular act should be emulated by all Nigerians. Its worthy of commendation. This approach should be used to fight other crimes in Nigeria . Please report any one you’re not sure of his or her motives. This should be applicable to all top officials in both the public and private sector. I was glad when a friend told me, that he went to Economic and Financial Crimes Commission (EFCC) office personally to hand in a petition about a certain government official.

I remember the tenure of ex Governor Buba Marwa of Lagos State . He launched Operation Sweep (an outfit of the Lagos Police Command tasked with fighting crimes in Lagos State) he asked people living in Lagos (Lagosians) to volunteer information anonymously if they are afraid to mentioned their names. Thus people started volunteering information without their names and it helped the crime fighters (Operation Sweep). In the same manner, Nigerians should volunteer information if possible without their names. This will surely help to fight crimes. If we fail to act, we might end up being the victims. I urge Nigerians in Diaspora to volunteer information on where the wanted bank chiefs are staying in abroad. It might be helpful for the Economic and Financial Crimes Commission (EFCC).

If the other passengers traveling with Abdul Farouk Abdulmutallab (flight 253 bomber) had failed to act, all of them would have died. That is the more reasons why, we Nigerians have to volunteer information that will prevent crime(s), corruption, bad governance etc. A better way to know what people are doing might be through surveillance and spying. We can borrow the techniques used by the former East German Secret Police (Stasi). In the former East Germany , people were spying each for the good of the state. Cuba used similar method at the early days of Fidel Castro’s revolution. This method has the potentials of reducing crimes drastically. No sacrifice will be too much for the security of Nigerians. “Security for few is insecurity for all” Nelson Mandela.

On this note, may I inform our people that I have concluded research and now have details of a company here that, deals on specially made security and surveillance cameras. These cameras are ideal for the following purposes; election monitoring, investigative journalism, individual/community protection, home protection, private investigators etc. I recommend these cameras for all those hoping to monitor elections in Nigeria especially the Anambra State governorship election coming up in February 2010. Also these cameras are a must for all Nigeria ’s investigative journalist(s

In August 2009, I did highlight how we can monitor elections using our cameras. Details are on my blog . Please feel free to pass this information to other Nigerians who might need the facilities mentioned above, but might not have read this piece. These devices (security and surveillance cameras) could be used to enforce accountability on the part of our rulers

Talking about accountability and as a starting point, Dr Rilwanu Lukman (Petroleum Minister) should tell Nigerians the reasons why he should not be sacked for leaving Nigeria at the heat of the fuel scarcity. This is despite the warning given by the Vice President (Goodluck Jonathan), that the Petroleum Ministers (Dr. Rilwanu Lukman and his junior counterpart Mr. Odein Ajumogobia) should not travel for the Christmas holiday due to the fuel crisis. He (Rilwanu Lukman) violated the order given by the Vice President. By so doing, he disrespected the office of the Vice President. I suggest his removal as a minister. Fuel scarcity creates insecurity for people.

Rilwanu Lukman has truly shown his insensitivity to the plight of the suffering Nigerian masses. He and his likes should understand that Nigeria and Nigerians have changed. Insensitivity of this kind might make people take laws into their hands. Not too long ago, there was a failed attempt to kidnap the education minister (Dr Sam Egwu). One of culprits claimed that they wanted to kidnap Sam Egwu because of his inability to resolve Academic Staff Union of Universities (ASUU) strike. Thank God, the strike has been called off. Remember some Nigerians hijacked a plane when June 12 1993 election was annulled. This was in protest to the annulment. Our “rulers” have to be very careful now. Times have changed. No more taking Nigerians for granted.

Finally, I wish to appeal to Nigerians to participate and join the fight against global warming. Turn off your electrical appliances/lights when not in use. Plant a tree or sponsor one to plant on your behalf. Government and companies should send less paper work and do more email, telephone, and sms. May God bless Nigeria . 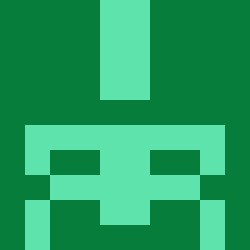