Green logistics:The Benefits and drawbacks of driverless freight (Self-driving trucks) and its impacts in our society

Until a few years ago, the concept of driverless car and driverless freight (Self driving trucks) is just a mere fantasy that existed only in fictional technology films from Hollywood. Surprisingly, this so called fictional technology films has started to gather a lot of traction and attention in recent years among automotive industries and some EU and US governments. According to researchers in this field, the rapid interest may have been prompted by different factors; either by a long standing problem of trucks driver shortages in Europe and America or due to the high percentages of annual deaths that result from large truck collisions in this area or perhaps the push for innovation and Research or environmental issues. Whatever may have caused this abrupt interest, if fully implemented; the outcome will definitely cause disruption in the entire transportation industry especially in long-haul industry, Freight transportation and logistics industry and will have political, environmental, social, economic effect.

In this article, we will study and attempt to describe this innovative concept of autonomous and automotive vehicles and highlight its advantages and disadvantages. We will cite examples of where such technology has been used if any and what are the public opinions and concerns on the matter and its environmental implications.

Concept Definition of Self driving trucks

Self-driving trucks are vehicles equipped with self-driving software with a highway Pilot technology, which includes radar and a stereo camera, in addition to steering and cruise control systems to autopilot itself and reduce the burden on the human driver. The automated vehicle are designed to adapt to the built in pilot features when selected by the driver whereby the truck will attempt to adapt to the speed of any nearby vehicles and maintain a regular distance from the car in front of it . Jenny Che (2015)

Self-driving trucks will be happening in very near future. Presently, some giant vehicle manufacturers like Volvo, Audi and Mercedes are already developing and testing such new vehicles for future use. And new players like Google and Apple have also arrived on the scene. All the manufacturers’ self-driving software seems to some extent share similar technical functionalities, mostly with radar and a stereo camera besides Google that also included lidar technology. Chris Hottentot (2015)

Most recently, we have records of remote locations where specialized automated trucks are in use at off-road, such as mines in Australia and Chile, military bases, and container terminals. On-road, according to forbes.com Self driving trucks are being tested in the U.S. and Europe by Freightliner/Daimler, Volvo, and Peterbilt.

Whenever a new technology is developed especially the one that has the potency of causing disruption in the society, a lot of concerns and fears are usually raised by cynic, albeit the concerns, the innovation usually have a strong positive and great advantage to the development and benefit of society and environment when fully explored. For example, when computer technology was introduced few decades ago, fears of structural unemployment that will be caused by lack of skill set by employees to blend with the technology was raised but today, the benefit of computer technology cannot be overemphasized. Likewise, this novel development has received both good and bad reviews. In this section, we will explore some of the good and bad implications if this technology is implemented in 15 years.

Key Advantages of autonomous and automated driving are:

i. Economic benefit: Advocates of self-driving trucks highlight economic benefits to the new technology. According to them, Software-operated trucks can drive faster and much closer to other trucks, shielding each other from wind resistance and allowing trips to be completed quicker.

iii. Environmental Impact: The technology could be more fuel efficient than human drivers and safer in terms of accidents meaning less fuel and carbon emissions as a result.

iv. Safety and precision: Autonomous controls and automated vehicles equipped with safety software would also help drivers manage blind spots, monitor vehicle activity around the truck, make decisions about when to turn brakes on and keep drivers in lanes if they begin to drift. It can help guard the driver who is already distracted by their phones to actively participate in driving anyway. Humans can’t drive fast enough while maintaining a short distance between vehicles, but with equipped automotive technology, it will give precision in delivery.

v. Fatigue management: Fatigue is usually one of the leading factors in large truck crashes, but there is a hope a self-driving rig will give drivers a break during long hauls and this could significantly reduce the burden on the human driver. The most grueling long-haul shifts stretch as long as 11 hours, and fatigue is a leading factor in the 4,000 annual deaths that result from large truck collisions. The self-driven truck can reduce driver fatigue and limit mistakes and distractions.

vi. Driver retention: Due to the difficulties associated with the driving long hours away from family, the long-haul industry has tens of thousands of open positions, but recruitment is difficult and turnover is high, since the occupation demands tedious hours behind the wheel and often weeks spent away from family. But with the introduction of this software, the driving will be fun as drivers will have spare time to talk with family and do other things while at work.

vii. Reduced Road Accident: By taking the wheel from tired drivers, it helps reduce road accidents and cut down on labor costs.

Key Disadvantages of autonomous and automated driving are:

i. Structural Unemployment: With the decrease in the job in this sector, the introduction of this system will put so many workers out of job and it will affect their families and chains of business that benefit from this drivers like restaurant and, hotel where they usually make stop over.

ii. Security risks: even though a lot has been said about the safety of the technology, there is still fear that unmanned device may not have enough thinking ability to react to difficult situations that will expose people to danger.

iii. Bad Weather: No clearer details of how they self-driving truck could manage the changes in weather for example, in snow or rain. This is a big concern because it might cause accident if not properly configured for such situations.

iv. Prone to distraction: Doubts still remain about the safety of this technology. Would enhanced navigation make drivers more prone to distraction? In regular cars, where people don’t have the downtime that autonomous vehicles might offer, cellphone use alone is involved in an estimated 1 in 4 vehicle crashes.

Are there any trucks actually in traffic anywhere in the world?

Self-driving trucks have recently been tested in different location in some places in Europe and America. For example, in Netherland, the Dutch government has allowed tests with connected, autonomous and automated vehicles in some crowded roads, which created good circumstances to conduct road tests. In the US, some states have granted the self-driving truck its first commercial license (and the first ever given to an autonomous commercial vehicle). The truck in question is called the Freightliner Inspiration, and it’s being billed as “the first licensed autonomous commercial truck to operate on an open public highway in the United States, showcasing what is possible through the energy of infinite inspiration.” Heady stuff for a semi — but, as Davies reports, it’s what’s inside that counts. The vehicle is equipped with a stereoscopic camera, radar capabilities and plenty of software that allows it to take to the highway with ease.

Similarly, some specialized automated trucks are already in use at off-road and remote locations, such as mines in Australia and Chile, military bases, and container terminals.

Finland is currently preparing experimental legislation to run for five years, starting in 2015, which will enable automated vehicles to drive within restricted testing areas and at certain times on public roads once they have been issued with a permit. Between 2013 and 2015 they will assess this technology’s business potential, legislative requirements and potential profitability for the transport sector

Effect of self-driving truck on environment

Self-driving truck will improve efficiency and will equally and cut carbon emissions. This will be largely due to the optimized gear shifting, acceleration and braking, they will generate at least five percent fewer CO2 emissions and therefore autonomous truck driving will be green and environmental friendly until a zero emission electric truck are manufactured.

Transport companies and drivers reactions towards Self driving Truck

A lot of mixed feelings have come from different sectors about this development but most of the information we have gathered suggest that companies are welcoming the idea since it will reduce a lot cost and improve on the efficiency, whereas some drivers are reacting on the issue of losing their jobs. In fact, it is gathered that this technology will not begin until 2025, it is also said that even when it starts it will be semi-autonomous as drivers will see be around to manage it in case of difficulties until around 2035 when we will get a full autonomous automated driving. For this reason, I believe that majority of companies and drivers are not too afraid of the social effect of self-driving truck.

Download the article in Pdf :Green logistics:  The Benefits and drawbacks of driverless freight (Self-driving trucks) and its impacts in our society 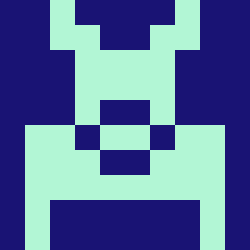