Who Killed democracy in Africa? Clues of the past, concerns of the future

Democracy was killed in African by multiple assassins.  And the multiple miracle workers have been in the process of resuscitating democracy.  Prospects have looked promising – until September 11, 2001.
Counter-Terrorism versus Democracy

a. Hundreds of people are held in detention in the United States without trial.

20  b. Most of them are detained without their names being made public.

21   Even the Nazi leaders after World War II had public trials in Nuremberg with access to their own lawyers.  Some of the Nazi leaders had killed millions of people, not just two or four thousand.  d. Attorney General John Ashcroft wants people to betray their friends in the hope of getting the US Green Card or US Citizenship.  In the McCarthy era in America members of families reported on each other’s alleged communist connections.  Now it is alleged terrorist connections, which are sought.

With regard to the impact of September 11, 2001, on the resuscitation of democracy in Africa, the result so far has been anti-democratic.  The Federal Bureau of Investigation has been busy in Kenya and Tanzania with a variety of Muslim names.  In Tanzania they arrived with sixty names.

In Kenya the government is sometimes way ahead of what the FBI wants it to do in the fight against terrorism.  They have been attempts to try and extradite Kenyan citizens to the United States.  Not to be outdone in the anthrax debate, Kenya in October claimed to be the second country after the United States to be targeted with anthrax by unknown terrorists.  Not even the US Embassy in Nairobi was impressed by Kenya’s claims.

A number of African governments under pressure from the politics of the war against terrorism, have been getting ready to enact new legislation ostensibly against terrorist threats.  The legislation is more likely to be used against either ethnic minorities or political opponents to the regime in Africa.  In Uganda there is evidence to suggest that the Minister of Internal Affairs will be given additional powers to harass organizations ostensibly because of suspected terrorist leanings.  Uganda is a country which is already suspicious of ordinary political parties as potentially divisive and has been trying to move toward a “no-party democracy.”

22  Uganda also faces ethnic conflicts in the North – conflicts which should be solved by a political process rather than by the heavy hand of anti-terrorist measures.          South Africa, which has one of the most liberal constitutions in the world, is under pressure to reduce civil liberties and return to some of the old anti-terrorist tactics of the apartheid years.  And Robert Mugabe in Zimbabwe is already learning to use the term “terrorist” as a term of political denunciation.  In November 2001 President Mugabe threatened to take action against journalists and reporters describing them as “agents of terrorism.”

On the Orient Express of history, African democracy had once been murdered by multiple assassins.  And then at a First Aid railway station multiple miracle workers and Princes Charming started resuscitating African democracy.

There are more political parties in Africa legalized than ever before, far fewer military regimes than in the 1980s, greater Freedom of the Press and more open debate about corruption and mismanagement than was conceivable fifteen years ago.  Some of the new constitutions – like Ethiopia’s regionalist idea of a federation of cultures

24 – even respected ethnic ancestors in a new way.  African democracy was slowly getting resuscitated.  And then came September 11, 2001.  Thousands of people died at the World Trade Center.  I suspect thousands of Afghanis of different parties have since also been killed.  September 11 has had many horrendous casualties.  African democracy is in intensive care.  Must it also die because of September 11?  The African patient was beginning to breathe again.  Must the plug be pulled?

Let us hope the worst will be averted, resuscitation will be resumed, and a new equilibrium will be found between democracy as means and democracy as ultimate goals in Africa’s political experience. 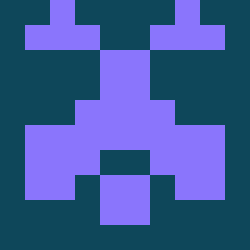