The philosophical mind of an Igbo musician: Celestine Ukwu

In the memory of many Igbo people of Nigeria, late Celestine Ukwu is a paragon of wisdom. He is a true philosopher who is in-depth in analyzing the social world.

His musical ingenuity is a fruit of deep reflection on mankind in general. His creativity is emblematic for the entire spectrum of Igbo music industry, past present and future.

He is a musician with a profound originality. Although died and gone, his legendary works linger on in the socio-cultural life of the Igbo people.

Music no doubt has a universal language. The rhythmic poetical flow of music is enjoyed by all people irrespective of culture or language. The content or the expression anchored in a piece of music obviously tells how an individual person or a group of people perceives and interprets the world. Music therefore is a passionate expression of reality in philosophies. Musicians are also known as poets who are also known as thinkers and philosophers. In music, a subjective attempt is made to recreate the objective reality. Therefore music is all about a passionate expressions of life, birth, death, love, pain, injustice, happiness, rejection, oppression, politics, religion, ethics, fear, anxiety, sickness, poverty, richness etcetera.

The Igbo culture is among the cultures in the world that expresses its worldview in music. Sometimes, decoding the meaning of musical expression is like decoding coded lines of poetries. At other times, the meaning enshrined in a piece of music stands very intelligible. In the case of Celestine Ukwu, one sees a true born philosopher. He is a conscientious reflector on things. As a talented musician, he is a social observer. In his music—‘Ije Enu’, he was meticulous in reflecting about social event not only relevant in his days but also for the futuristic time.

‘Ije Enu’ in the nearest English philosophical equivalent (not necessarily literarily) means ‘the journey’. But by the way of expansion of meaning, it could also apply to the ‘life’s journey’’ or ‘the earthly life’. In a more comprehensive analysis, it could mean the pendulum of human existence, the enigma of life or the dilemma of life’s journey. In this piece of music, Ukwu made a quick philosophical polarization of two worlds that exists in one single world as he perceived—pain and happiness. These two are intrinsic in human experience. The analysis of the implication of this particular music stands very relevant in the evolution of the human existence and experience. No human is immunized to the idea happiness and pain which the pursuit and the avoidance often dictates actions according to the hedonists. In Celestine Ukwu’s point of view, the world is dualized in human experiences. On the one hand is a misery-stricken humans; on the other hand, the affluent. The earth is replete with terrible inequality that while a great many are rejoicing other as in bitter agonies. While some are rich, others are poor. While some are full, some are hungry. While some are educated, others are illiterate. The gap between the haves and the have-nots is endemic.

Celestine Ukwu in that iconic piece of music also understood the fact of the contingency of the human existence. Nothing is permanent. Change is a fact of universal experience. Those who have it today often presume the world is at a standstill. But often times things would sway and they find themselves at the needy edge. While those who started from the scratch might eventually see themselves at the apex of the ladder rejoicing. Human existence is permeated with inconsistencies that none could claim a stern permanency.

Due to this undulating and corrugated flow of things, it is worth remembering that those who laugh today might see themselves weeping tomorrow and those who cry today might find themselves cheery tomorrow. This philosophical approach ought to be the deciding principle of how we humans live and treat one another. No human being is the master of all things. One might be rich in one thing but lacking in several others. Everywhere around us, we have seen star celebrities fallen from grace to grass. We have seen rich people reduced to paucity. We have witnessed great nations loosing their world dominance. A case in mind is Egypt and ancient Roman Empire and also the British imperial Empire. We have also seen some countries struggling out of historical poverty to a new dawn of techno-scientific and industrial era like China and India.

Going forward to analyze the philosophy behind Celestine Ukwu’s ‘Ije Enu’, human arrogance and pomposity has little or no longevity in a constantly evolving universe. He made it clear that: ‘Oburo k’ anyi si chee ka ife uwa si adi’—the world does not always function according to our wish. So in whichever position one finds oneself, it should not be a criterion for self aggrandizement and the tyrannical maltreatment of the others. In the same respect, those who are down today should not all be weepy because change could happen at any moment.

In the music, Ukwu’s philosophical advice stands out: every human should approach life with humility irrespective of wherever life puts them down. This is because both our ingress into and egress out of the world’s dais is full of uncertainties. 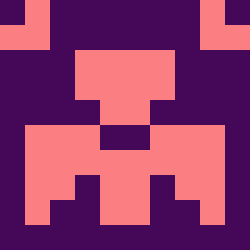