The Osu caste system is an obnoxious practice among the Igbos -in Nigeria-which has refused to go away despite the impact of Christianity, modern education and civilization, and the human rights culture.

In this piece, I will argue that the Osu discrimination is an outdated tradition with no basis for its continued practice and observance in the contemporary Igbo society. Traditionally, there are two classes of people in Igboland – the Nwadiala and the Osu. The Nwadiala literally meaning ‘sons of the soil’ are the freeborn. They are the masters. While the Osu are the slaves, the strangers, the outcasts and the untouchables.

Chinua Achebe in his well-known book, No Longer At Ease asks: What is this thing called Osu? He answers: “Our fathers in their darkness and ignorance called an innocent man Osu, a thing given to the idols, and thereafter he became an outcast, and his children, and his children’s children forever” The Osu are treated as inferior human beings in a state of permanent and irreversible disability. They are subjected to various forms of abuse and discrimination. The Osu are made to live separately from the freeborn. In most cases they reside very close to shrines and marketplaces. The Osu are not allowed to dance, drink, hold hands, associate or have sexual relations with Nwadiala. They are not allowed to break kola nuts at meetings. No Osu can pour libation or pray to God on behalf of a freeborn at any community gathering. It is believed that such prayers will bring calamity and misfortune.

A human rights group outlined the atrocities meted out against the Osu in Igboland. They include: ‘parents administering poison to their children, disinheritance, ostracism, organized attack, heaping harvest offering separately in churches, denial membership in social clubs, violent disruption of marriage ceremonies, denial of chieftaincy titles, deprivation of property and expulsion of wives etc.” The Osu caste discrimination is very pronounced in the area of marriage. An Osu cannot marry a freeborn. The belief is that any freeborn that marries an Osu defiles the family. So freeborn families are always up in arms against any of their members who wants to marry an Osu. They go to any length to scuttle the plan. Because of the Osu factor, marriages in Igboland are preceded by investigations-elders on both sides travel to native villages to find out the social status of the other party. And if it is found that one of them is an Osu, the plan would be automatically abandoned. Many marriage plans have been aborted, and in fact some married couples have been forced to divorce because of the Osu factor. Chinua Achebe also noted this in his book. When Okonkwo learns that his son wants to marry Clara, an Osu. Okonkwo says: “ Osu is like a leprosy in the minds of my people. I beg of you my son not to bring the mark of shame and leprosy into your family. If you do, your children and your children’s children will curse you and your memory… You will bring sorrow on your head and on the heads of your children.”

But there have been several efforts and initiatives to eradicate this harmful tradition. In 1956, the government of the then Eastern Nigeria passed a law abolishing the Osu caste system. The law freed and discharged anybody called Osu including the children born to such a person. It declared the practice unlawful – and a crime punishable by law. But unfortunately, 50 years after the enactment of this legislation, nobody has been prosecuted or convicted for breaking the law. At best what the legislation has achieved is to drive the practice underground. Also many religious leaders and traditional rulers have spoken out against the practice. Recently Eze Enyeribe Onuoha, the traditional ruler of Umuchieze autonomous community in Imo State urged his community members to abandon the practice. He said: “discrimination against Osus is irrational, illegal, unjust and archaic and opposed to human rights. It is one Umuchieze(Igbo) tradition that should immediately be abolished.” But statements and declarations like this are not uncommon. But they have always fallen on deaf ears among the Igbo people most of whom think that cultural norms are sacrosanct and should not be tampered with. So the belief in and practice of Osu caste system continue to wax strong in Igboland. In 1997, a person alleged to be an Osu was made a chief in a community in Imo State. But six months later, the community was engulfed in a crisis. And when the case was brought to the court, the presiding judge noted that though the abolition of Osu caste system was in the statute, it was an unenforceable law. The chief was dethroned so that peace would reign in the community.

And not too long ago I met a lady in a friend’s house in Lagos. I was told that she was engaged to a young man from Imo State. And months later I learnt that the marriage plan had been abandoned because the lady was said to be an Osu. There have been several instances like that where young men and women of Igbo extraction have suffered heartbreaks and emotional traumas as a result of this cultural disease. And now the question is, why is it that this cultural practice has refused to go away even among educated Igbos. The reason is not far fetched. The practice of Osu caste system is hinged on religion, supernaturalism and theism. And Igbos are deeply religious and theistic people. Osu are regarded as unclean or untouchable because they are (alleged to be) dedicated to the gods. So it is the dedication to the gods that makes the Osu status a condition of permanent and irreversible disability and stigma.

So this cruel custom will not be eradicated until Igbos begin to realize that gods are imaginary beings, not objective entities. Igbos need to understand that deities and spirits are mental constructs used to control and organize the society at the infancy of the human race. And today that humanity has come of age. Because if one does not believe that the gods and spirits are real, then the idea of treating someone as unclean or untouchable because the person is dedicated to any deity does not make sense at all. Even for the god-believing Igbos, the practice is out rightly baseless. Because most Igbos are Christians and do not profess any belief in the traditional gods to which the Osu were (alleged to be) dedicated. So, it is both sensible and appropriate that all Igbos – believers and non-believers alike renounce and abandon this abhorrent, inhuman and despicable practice. Politically, state authorities must get Igbo communities and associations to remove provisions in their constitution that bar Osu from contesting elections or receiving traditional titles. Legally, the courts must begin to enforce the law abolishing the Osu caste system. And the Nigerian state must rise up to its duty of protecting and defending the humanity, dignity and equal rights of all citizens irrespective of their sex, ethnic origin, religion, belief or birth status.

Most importantly Igbos must begin to envision a new society where people can live and interact, marry and be married, elect and be elected, without division, distinction, discrimination on the basis of Osu or Nwadiala. Hence I want to use this opportunity to appeal to my people-ndi Igbo: Please let’s strive to remove this mark of leprosy and shame from the face of our culture and society.

About the author: Leo Igwe is director of the Centre for Inquiry in Nigeria. He can be reached at nskepticleo@yahoo.com. 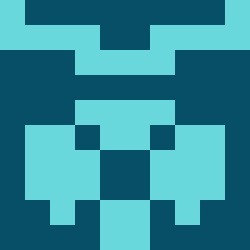