I am very conversant with the tenets of renowned thinkers. I was into Marx, Heidegger, Satre, Camus, Russell, Engels, Fuerbach, Comte, Kant, Hegel, Kierkegaard, Nietzsche, Descartes, Levinas, Chomsky, just to name but a few. I had studied the views of ancient philosophers like, Socrates, Plato, Aristotle, Parmenides, Pythagoras, Protagoras, Hippocrates etc. I know the fundamental views of Aquinas, Augustine, and the medieval philosophers. I have equally had a rendezvous with oriental philosophy. I have read portions of the Bhagava Gita and Sri Isopanishad, with their commentaries by A. C. Bhaktivendanta Swami Prabhubada. I have read literature on the Buddha, the Tibetan succession of Dalai Lamas, and the more recent claims of Sai Baba. Avicena and Averoess are some of the Islamic Philosophers whose view I equally digested. I studied the various views on African religious systems, some at first hand, others through established secondary sources like Mbiti, Abanuka, Arazu and a host of others. In fact I personally had sessions with Abanuka himself. I had equally delved into the thoughts of Christian mystics like Chrystostom, John of the Cross, Merton, Ignatius Loyola. I know also of the famed strict discipline of people like Origen, `a Kempis etc. I equally studied the challenge of Protestantism against the ancient hegemony of the Catholic Church, and have joined many others in analyzing the new wave Pentecostal outburst manifested in the proliferation of churches. I had undulated between the twin fringes of atheism and faith. I have argued for either side, trying to dictate truth in a situation of pure intellectual chaos. These are just studies sought not for any spiritual reason per se, but for purely intellectual goals. There was also the need to somewhat give meaning to some of the contemporary religious practices which everyone seem to sheepishly adhere to.

Remarkably however, none of these studies necessarily touched my life in a manner the bible did. The bible lacked the sophistication of styled authorship, yet the density of its message actually commands consummate attention. This is not to say that I did not equally subject the bible to strict criticism. I did some studies in the history of the bible and could identify the constituent traditions of its authorship. Yet this knowledge ironically did not detract from the reverence with which I held it. Though I questioned some of its various stances, I remained cowed by the profound directness of the messages. Biblical messages never sought to douse tension by an act of editorial intrigue. No! The messages were clear. You must…I was confronted by the same Jewish dilemma which wondered where Jesus learned all he said, by what motivation he did what he did, so that he never taught like the other rabbis, ‘but taught like someone with authority’.

Again, my romance with the various critiques of religion as advanced by various thinkers revealed that each actually exposed more problems than they solved. When Marx declared that ‘Religion is the opium of the masses’ or Nietzsche said ‘God is dead’ or Camus referred to God as ‘sitting in benign indifference to the plight of man’, what other workable alternative have they offered mankind that can answer for all the attendant absurdity that grace human existence? The thinkers rather than helping issues raised further questions, leading man ultimately back to even much more intricate absurdities than he started off with. If religion is the ‘opium’ as Marx said, is the very presence of that one panacea not at least a welcome boon, than if there were nothing? Can we by totally arguing away God’s existence create another answer to the ever-recurrent question of origins and purpose? How do we answer for the presence of consciousness as a factor of being? How do we answer for the profound beauty of this cosmos?

So I was caught up in the bible much more than perhaps Satre’s Being and Nothingness appealed to me. Yes Satre’s was a great book, but it never answered the fundamental questions of origins. Rather it sought to deny God’s existence, arguing totally from some logical summations peculiar to his existentialist mindset. The point is that the more I sought to find the answers I sought intellectually, the more I got caught in a maze of conflicting opinions. This was what the views mostly are. Opinions. Nobody was sure which was which. At best people advanced views that mostly cushioned their own socio-ethical dilemma.

I believe in God. I do not mean some disinterested factor posited as a necessary occupant of an ontological position. As in the sense of deus ex machina. I believe in God as the fundamental consciousness, whom I resemble in my own puny level, who created me, knows me, loves me, and in whom I would ultimately be subsumed. I believe in God who is present in human history and have manifested himself in many forms, but ultimately in the one human form of Jesus, called the Christ. I believe that man is because God is, and that the questions about God are in consonance with the transcendence of His essence. I believe that these questions can never be resolved intellectually, since human contingency makes it impossible to adequately know that which has never been experienced.

Eye has not seen, nor ear heard, neither

has it entered the mind of man…

I believe that man can only experience God as man, and to that effect must remain cowed by the overriding essence of the divine personality. I maintain that the world is created, not necessarily within the seven-day theory as narrated in Genesis, but as an endless flow of immediate presencing. Because God is, the world is as the immediate idea of the divine consciousness, as the direct object of His sustenance. I believe that man can experience God, because God already experiences man as a mentally free, but essentially dependent extension of Himself. 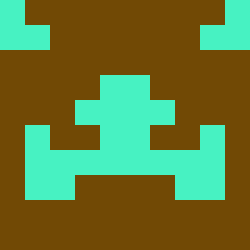 Latest posts by Philip Obioha (see all)
ComteDescartesEngelsFuerbachHegelHeideggerjust to name but a few.KantKierkegaardLevinasMarxNietzscheRussellSatre