Igu Aro is the proclamation of Igbo Lunar Calendar, a ritual performed every year at Nri in Anaocha LGA of Anambra State.

Nri needs no introduction, but for benefit of those that are not of Igbo stock, Nri is a holy city which was founded in 900AD and is the ancestral homeland of the Igbos, where most of the culture and traditions of the Igbo race as practiced today evolved. Every Igbo community/settlement aspires to establish its authenticity by tracing its origin to Nri Kingdom. According to Major Arthur Glyn Leonard in his book, “The Lower Niger and Its Tribes”, “The Street of Nri family is the street of gods through which all who die in other parts of Igboland pass to the land of the spirit”.

Having said that, the proclamation of the Igbo Lunar Calendar is done in February, which is the first month of the year. Lunar Months approximate the mean length of the synod month of approximately 29.53059 days (29 days, 12 hours, 44 minutes and 3 seconds). A lunar calendar is a calendar that is based on cycles of the moon phase. For some lunar calendars, the first day of the month is the day when eclipse moon appears in a particular time zone. Many other lunar calendars are based on the first sighting of a lunar crescent.

Nri Lunar calendar is based on the 13 lunar months of 28 days each plus one extra day known as “a year and a day”. Each of these months is made up of seven Igbo weeks “izu asaa”, each “izu” is made up of four market days-Eke, Oye, Afo and Nkwo. All these market days are deities-(alusi) and have their originating shrines in Nri. Eze Nri introduced these four deities in Igboland, hence, Nri priests (agents) traveled all over Igboland consecrating the Shrine of these deities.

The proclamation of the Igbo Lunar Calendar from year to year is the prerogative of Eze Nri, being the Custodian of Igbo Culture and Tradition and the Keeper of the ancestral “Ofo” Ndigbo. Igbo New Year starts in February, same as does the Chinese, Koreans, Indian and other cultures in Asia , Far East , Israel et cetera. These cultures use the moon appearing in the sky to calculate their months and determine their seasons and time.

During this period, Eze Nri proclaims and ushers in the beginning of Igbo planting season. All anthropologists remind us in their published works that Eze Nri introduced “ji” (yam), “ ede ” (cocoyam) and other economic crops to all Igboland. In keeping with the custom and tradition, and in total obedience to “Chukwu” (God), Eze Nri Ifikuanim in his capacity as the High Priest of Sun god, sacrificed his first son and as a result; yam sprouted from his grave and matured. Eze Nri was then directed to feed Ndigbo with it. This act was ritualized as “Ifejioku” (god of yam) and referred to as “Nri Myth of Origin”. Igu Aro is also the time that Eze Nri predicts what the weather holds for the farm for the year.

In obedience to this directive by “chukwu”, during the Igu Aro Ndigbo, Eze Nri gives out yam seedlings to heads of Ndigbo communities with exhortation “Go, plant, feed your families and kindred”. Also during this period, Igbos are urged to give pride of place and honor to this culture that is oldest in Nigeria. Ndigbo being the largest ethnic nationality in Nigeria and third largest nationality in Africa should always celebrate this unique and ancient proclamation by Eze Nri for the world to note.

After this proclamation of the Igbo Lunar Calendar, the new planting season is ushered in and Igbos everywhere in the world are now free to begin planting yams, cocoyams and other crops. In this years ceremony, yam seedlings were distributed to every Igbo community that attended the ceremony by His Majesty, Eze Nri Obidiegwu Onyesoh, MFR, JP, Nri-Enwelana II at the Eze Nri Palace. The harvest of the yam would be done on the eighth month of the year (Onwa Asato) of the Lunar Year which is September. This year’s Igu Aro Ndigbo (1009th) was performed on the 16th February 2008AD.

As usual, during this ceremony, Igbos from all over the world converge at Nri to celebrate and renew their allegiance to Eze Nri as he makes this unique proclamation. Nri is always agog with the return of its children to their ancestral homeland. Also during the festival, guests are entertained by different dance groups, traditional wrestling matches between village age grades “ogbo” etc.

The “onwa abuo”, “onwa ato” and “onwa ano” (March, April and May) of every year are the months that Igbo (Nri) people carry on with their farming. There is no important festival during these months. The next festival is the “Onwa Agwu” (month of Agwu masquerade) in the 5th Month May-June. 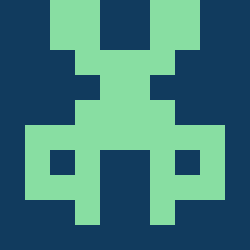