In A Lighter Mood: City Of Jos As A Holiday Resort

This is an attempt at packaging, re-packaging, branding and re-branding the city of Jos after the last disturbance involving the indigenes and the Hausa/Fulani settlers that left scores of people dead and properties destroyed.

Perhaps with the exception of Obudu Cattle Range in Cross River state, one of the most attractive and beautiful places which ought to be of interest to any foreign visitor and tourist to Nigeria is Jos, the capital of Plateau state. I was made to understand that the original name of the city is GWASH, pronounced Gwosh, but the colonialists anglicised it and changed it to Jos, like they did to some names of towns, villages and cities across the country.

The indigenes and owners of Jos are the BIROMS and perhaps the ANAGUTAS. The traditional ruler is called Gbom Gwom JOS. The present one is Buba Giang, a retired former Comptroller-General of the Nigerian Customs Service. The people are mostly Christians while some are still animist. The city also harbours settlers like the Hausa/Fulani who migrated from far and surrounding Moslem states of Bauchi, Kano, Katsina and Sokoto etc. Others who came too are people from the Southern part of Nigeria, namely, the Igbo, Bini, Ijaws, Urhobors and the Yoruba.

Because of the tolerant nature of the indigenes, most Southerners who tended to settle in the volatile Moslem states of the far North, decided out of their safety to settle in Jos. This has led to a significant increase in the city’s population. The indigenes are polite but could take extreme measures if they are pushed to the wall. The manner of their exhibited lifestyle shows their adherence to a simple philosophy of life. Their native drink is called “Bulukutu” and “Pito” which are often drank from a native made bowel. Majority of their men and women are addicted to these two drinks. “Pito” could be a tasteless drink on any visitors taste bud but it is relished by the native people. Two pints of it is enough to knock one silly, yet the native people drink it as fish drinks water.

One distinguishing feature of Jos and its environ is the cold weather which is almost similar to the British. It is however, not as unpredictable as the English weather. The coldest periods are from November to March but sometimes this could extend to April. It is cold enough that waters to bathe with – {even} during the “dry season” or summer period as it is called in the UK – has to be heated before use. Quite shocking is the ability of the natives to wear very simple attires during the peak period of the simmering cold weather. In their social outings, most of their men wear singlets and shorts while the women tie wrapper with simple tops. This dress pattern will amaze a first time visitor. It is quite unusual to wear such during the biting winter period in Britain. And when I asked some of them whether they don

’t feel the impact of the cold on their body, they simply smile and tell me that they are “even feeling hot”. This is really strange. This is noticeable in the surrounding village communities like Kuru where the Nigerian Institute For policy and Strategic studies {NIPSS} is located.Stranger is the fact that most of these natives bury their dead by placing the corpse in an upright sitting positions inside a dug grave. The grave is the usual six feet of depth but the length is shorter. This enables them to place the corpse in a proper upright sitting position. In one burial which I witnessed in a community around the city, I could not but express “a culture shock” because the pattern was different from the usual pattern of lying the dead in a sleeping position in the coffin and unto the grave. Having placed the corpse in a supported sitting position, they then put into the grave, cooking utensils and other items, that, according to them, were needed to be used by the deceased in the “next world”. They believe in life after death. This could be an experience for a first time tourist or visitor.

The city is located on a rocky terrain. The distinguishing feature of most of these rocks is their delicate positioning. Sometimes, you think they want to roll over. It is strange how they are held together in concentric-like fashion from top to ground level. Visitors and tourist could take good pictures at such locations which are scattered all over the city and its environ, especially if one is approaching Jos from the popular Mararaba that had links with Akwanga and Kafanchan.

The popular hotels for tourist and visitors are: HILL STATION, HILTOP, SUMMIT, PLATEAU and CREST. By my reckoning, the best for foreign visitors and tourists are Hill station, Plateau, and summit hotels in that order. Hill station hotel is known for its neatly and well packaged “Suya” or grilled meat, the sweet aroma of which one could easily sniff from a distance whilst approaching the hotel. It also has a variety of foreign and African dishes and a fantastic customer services.

The Jos Museum is another eye catcher where antiquities or historical relics are kept. One could see on display, preserved old mud houses which the people built and lived in before the arrival of the British colonialists. They are roofed with raffia palms and their walls are made of red caked soils. Wooden chairs are arranged in the inside where visitors and tourists can sit, relax and enjoy good meals and drink beer. The popular “Rock beer”, which is very nice to the throat when served chilly, is my brand. In fact, you are virtually on top of the world when you drink this calming beer with well spiced hot “Suya” or grilled meat.

The Jos Zoo too, which is very close to the museum, is another wonderful place. Here, a tourist can see a variety of animals enjoying human programmed natural setting. One will see monkeys with their funny antics; lions, with their characteristic smell when hungry; leopards, that does not change its spots; parrots, with their cha, cha, cha peaked mouth; and, the hyena. Etc. Other tourist attractions are Angwulu Jos, which is the industrial estate of the city. This is where Coka cola, the popular Nasco group and Rock Breweries among others are located.

The city also has Shere Hills – a honey moon delight – with its fantastic, exquisite and excellent hilly layout with scattered rocky caves that could serve as lovers’ nests and tourists resting places. There is the beautiful Wild Life Park in Miango road; the Natural Spring water in Kerang and the Kura falls, which is sited in Barkin Ladi local government area. There is also the Heipang airport. No wonder then that the Nigerian film corporation headquarters is located in that city. Nollywood actors and actresses should explore these backgrounds and use them for effective branding to expose the potentials in Jos in particular and plateau state-cum-Nigeria in general.

Short of reinforcing the obvious, the only envisaged problem is the settler/indigene crisis and politics. This group of settlers were descendant of Moslems who migrated long time ago from the core Moslem Northern states of Kano, Sokoto, Katsina, Daura, Maiduguri and Bauchi, to the city. Their have laid siege on Jos thus making it unsafe. In the fifties, it was a ding dong affair between Ali Kazaure {settler} and Fom Bot {indigene}. The Hausa/ Fulani people now want to claim equal political rights with the indigenes which ought not to have been a problem if Nigeria is practising true federalism. As such, these agitations have led to serious bloody clashes that has left scores of people dead and properties destroyed or looted thus often leaving people in a state of desolateness and despondency.

However, most of the crises come during election periods when the indigenes who see themselves as Christians often pitch their political tents against Moslem sponsored candidates. And because elections are not free and fair, the stage is then set for violence and blood letting. So tourist should look not to visit during such turbulent periods. Apart from that hiccup, the city is so photogenic a place to behold by any tourist. I rest my case! 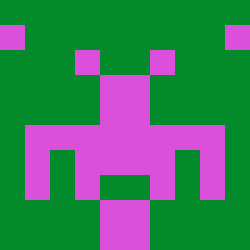