Igwebuikology as an Igbo-African Philosophy for Catholic-Pentecostal Relations

Pentecostalism began in the earliest part of the 20th century in the United States of America as the last fruit of the reformation. It emerged out of the Wesleyan Holiness Movement between 1901 and 1906 in Topeka, Kan and Los Angeles. They were in fact said to have been expelled from the Second Baptist Church in Los Angeles because of their constant insistence on the need for revival. From these areas, it gradually spread to other places in the United States of America, Europe and Sub-Saharan Africa. However, in Nigeria, Pentecostalism emanated from the political and religious scenario of the decades between 1950 and 1970. It was a time when the goal of self-affirmation was glaringly evident in the projects of nationalists. Thus Mbefo (2001) avers that Pentecostalism emanated as a parallel search for liberation from the churches of the European imperialism.

By 1950, and even before the advent of Pentecostalism to Nigeria, Catholicism and Protestantism were already in existence. While the emergence of Pentecostalism was accepted by many who yearned for something different, many kept their distance, fearing that the Pentecostal experience which is at the heart of Pentecostalism could not have solid spiritual and doctrinal foundation. There was a struggle for supremacy, which was supported by enough antagonism. These struggle and antagonism were based on the differences in cosmological perspectives, which generated different interpretations of the Holy Scripture and thus the Christian life. A cursory glance at the recent happenings in Nigeria precisely, reveals that there still exist clashes in the area of mission between Catholic and Pentecostal missions. Aggression and diffidence have frequently been at the root of their relations. While Pentecostals identify Rome with Babylon and have difficulty recognizing the saving value of the Catholic Church, many Catholics view with suspicion the proliferation of divine interventions as forms of proselytism. While acknowledging this aggression and diffidence, this piece has the burden of proffering a solution to the differences between African Catholics and Pentecostals. It argues that the differences can be bridged through Igwebuikology, an Igbo-African philosophy which can enhance Catholic-Pentecostal relations.

Download attachment: Igwebuikology as an Igbo-African Philosophy for Catholic-Pentecostal Relations 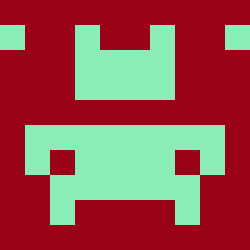