Fatherhood and family from a Caribbean perspective

Any scholarship on fatherhood or any exploration of family migration from a Caribbean perspective can best be articulated within the framework of slave experience to the new world. Migrant experience makes Caribbean culture a homogenous society. The fact that this society is homogenous makes family resemble a culture with no classification or clan unit. Caribbean culture lack common abilities for the purpose of forming an institutional group with a relatively high degree of similarity in regard to certain facts that affects family unit or socialization. Family life and culture of the Caribbean is historic in many sense. A historical analysis of family from these nations would remain a dumb narrative without some fundamental questions, namely: Who are the Caribbean’s? How did Europeans, Africans and Native American cultures come together to create this unique families and cultures? Which culture predominantly influenced these ethnic groups? Which heritage influenced how men care of family responsibilities in Caribbean culture? What are the key cultural elements that influenced fatherhood that make up the present-day families of the Caribbean world? To respond to these radical questions, one would need to make a deep and systematic exploration of geography and reflect decisively on the primary rationale why men came to the Caribbean in the first place.

However, our exploration will no way be compared to the historic exploration made by Christopher Columbus. According to history, the ethnic groups of the Caribbean world are: Native Americans, Africans, Europeans, Asians and middle Easterners. Primarily, descendants of Africans, Europeans, and immigrants who came to the Caribbean from China, India and the Middle East added to the vast diversity blend of the present-day cultures. In the 1600 and 1700 centuries, Dutch, French, English and Spanish possessed and claimed the Caribbean territory and brought slaves from Africa. The Jamaicans and the Haiti’s like most Caribbean peoples were descendants of African slaves. African men who were sold as slaves were brought to the Caribbean world to work in cotton and sugar plantations built buy pragmatic Europeans. As these slaves were purchased, they were added to plantation record along with their nationality which definitely was African or “Creole” (slaves born in captivity). On one hand, some came as colonists and slaves, or as immigrants and were influential to that same heritage we know, treasure and prized today.
If they were only Africans, if they were nameless tribes from the Jungle, the uphill task would  be how best to engage in a scholarly enterprise of documenting their genesis. Because they have precise origin and because we can identify their origin from African descent, most Caribbean’s families live in groups that include grandparents, uncles, aunts, and cousins. The arrival of these migrants transformed the existing primitive culture into a diverse ethnic background. Ethnic diversity comprises a group of people who share a common race, language, religion or cultural traditions that form a family unit. Caribbean society organizes family into smaller groups and units. Each unit or group has certain tasks to perform for the common good. As individuals gathered food; others protected the community, while others raised children. As a heterogeneous society, immigrants flocked to the Caribbean because they were seeking a better life for their families or relatives. Others migrated because they were looking for jobs, decent houses, tourism, vacation and good schools. Others wanted more opportunities for their children and families. Because they wanted more for their families, they cultivated rice and other staple food like corn and beans that make up 40 percent of the typical Caribbean and Haitian’s diet and this percentage is grown rapidly till date. In 1981, Haiti and the Caribbean imported more than 36, 000 tons of rice. Today, both countries continue to import close to 800, 000 tons of food annually and less than a quarter of these staple food is homegrown.

But ever since Christopher Columbus first set his rough foot on the heavily forested Island of Hispaniola, this mountainous nation has shed topsoil and blood excessively. The effort of Christopher first profited the Spanish, who planted sugar, then the French who cut down forests to make room for lucrative coffee, indigo and addictive tobacco. Even after greedy Haitian slaves revolted in 1804 and threw off that enduring yoke of colonialism, France had cultivated more than 93 million foods in restitution for its former colonies. Caribbean families are the poorest nation in the entire western hemisphere. Families go hungry and watch children do same. But If Caribbean country had more local production; they would not have been vulnerable to import goods a measure that destroys internal investment and per capital income. Until the last 10 years, Caribbean nations have remained a poignant lesson in what family researchers have documented for years, where the nation’s top soil grows so rich to support and sustain family and society; where human expediency and diversity blends out of a vast cultural illusion and integration.Like the Romans, Caribbean culture favors male children over female offspring’s. Boys would become citizens with the right to vote and the privilege to carry on family legacies or traditions. Girls never receive names of their own.
They were meant to receive feminine form of their father’s name, with “the eldest” or “the youngest” or a number added to their adapted names such as Octavia 11 or Ramos XI. Children from noble household are the ones expected to attend schools or jump into lucrative careers. Most times, boys from wealthy families are encouraged to go to chattered school or to pursue noble undertakings. Generally, children in these homogenous cultures are seen as desirable gift from God to family members and communities at large. Community structure helps Caribbean men and families work together to meet the basic needs of individual family members and communities. Success in Caribbean families is a product of parental bond measured by children’s ability to sit still, listen and be tidy, and with their helpfulness and cooperation create a responsible household. Caribbean parents adhere to the biblical teaching to “spare the rod and spoil the child.” Parents feel that “children should be seen not heard.” Like Jewish and African men, Caribbean fathers use punitive approach to disciple children. As a result, qualities such as obedience and submission are valued, especially from boys and girls. And when girls reaches the age of womanhood, suitors will not hesitate to bare their mind. The practice of shifting responsibilities of child-rearing from biological mother or parents to relatives, close friends, or neighbors is one of those established pattern of family life in Caribbean culture, and is known as child-shifting (Brown et al, 1996). T
here are five cultural regions in South American hemisphere that influenced Caribbean families.  These regions are Colombia, Venezuela, Guyana, Suriname, and French Guiana, which are in the northern part of South America. These countries border the Caribbean high Sea and plain fields. With the exception of Jamaica, cultural retention was impossible for Caribbean natives. They lost their names, Values, heritage, and culture, because their languages were taken away from them by their colonial masters. Against this backdrop, most Caribbean’s did not relinquish most of the values they carried along during transition and migrant experience. Most of them live in family groups that include grandparents, uncles, aunts, and cousins. Caribbean fathers live in a culture that blends with the here and now. That means that Caribbean men are pragmatic to the core. Because they are pragmatic, they blend with the past and the present and look forward to the future of their respective families. Caribbean fathers are known for their agility and liveliness. Evidence of their liveliness have influenced families and surrounding cultures in which men and women are raised culturally and conservatively. In a lively Caribbean culture, men involve themselves in many different sports, notably:  Baseball, soccer and track field. These sports are popular activities for men while basketball and volleyball are popular activities for women.

Suffice it to say that Caribbean men love music. Music for them is the food for the soul and anyone who is not moved by the sweet corconde of a music is in for a spoil. Caribbean nation love midnight dance like moonlight dance adopted from mother-Africa. Most Caribbean music is famous and popular around the world. Calypso, which originated in Trinidad and Tobugo, is a form of song that often is played on steel drums. Drums are other adaptation from mother-Africa. These instruments are made from recycled oil drums similar to the ones found in Congo- Africa (Kracht, 2003). When Calypso music plays, Caribbean families go into the city or the streets in their traditional costumes. Sometimes thousands of fans follow the bands through the streets, dancing away their senses, celebrating life, family and culture. Reggae is another popular form of music common to the Caribbean, which originated from Jamaica (Kracht, 2003). Men and family always dress in lavished, colorful costumes to celebrate and dance the carnivals. Caribbean families observe the Roman Catholic tradition of lent which is the period of 40 days before Easter Sunday. Like African families, many Jamaican, Haiti and Caribbean men and women fetch fire wood for domestic cooking. Men and women carry these firewood and other household items on their heads, a practice reflective of North Africa nomads. In the mist of these hardships, men develop strength to survive and live life to the fullest. Often times they maximize avaliable time they have themselves with their loved once with their faces wears those harmless laughter, joy or happiness even when poverty and suffering offers no hope but resistance for a better future. Caribbean’s are very creative and ingenious people. If we understood the lives and histories of these people, then maybe we can reassure ourselves about the way they view slaves themselves (Lowenthal, 1974). Caribbean culture has basic institutions that assists fathers organize their lives. Among these are the government, economy, education, religion and family institutions. These institutions brought stability to Caribbean culture, family and social structure. They are institutions that will endure forever. 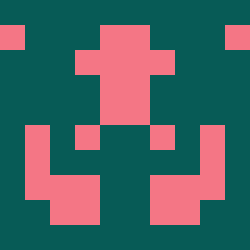