From time to time we need to remind the Nigerian government about its ugly face both literarily and by implications of socio-economic parameters. The biggest scam in Nigeria today is the unrealistic 7-point agenda.

How on earth would someone who was bungled into office overnight come to the conclusion of having a 7-point agenda? Whoever suggested these agenda to the illegal government in Nigeria is the father of all scammers.

A man who lied about declaring a state of emergency on our power supply if it doesn’t improve in 100 days starting May 29 2007 has no business deceiving us further on any other projects or plans. The government of Nigeria is a sham to put it mildly. When this fake government promised zero tolerance to corruption, it was only following the steps of Obasanjo who in 1999 said that there will be no sacred cows and in 2009 that he was not appointed to govern but to keep Nigeria as one. An animal called a man, isn’t it?

In all sincerity some of the biggest national scammers in the world are Nigerian rulers and politicians. I insist that there are no leaders in Nigeria. Since when have they promised housing for all by the year 2000? I was just a small boy when I had that phrase. We waited in vain. Twenty years after the expiration of the promise, we are still waiting and those scammers are living free in Nigeria. Rather than providing us with house the shameless David Mark initiated the process that took our land telephone away. No Nigerian officer has explained to my family about the “sudden demise” of our 234 1 885432. What a failed country!

Some other nuts came up with vision 2010. All the papers and recommendations that followed have been used to sell akara and puff-puff whereas all the monies and funds intended for the bad vision are in private accounts. Most of it has been used by this greedy rulers and authoritarians to build their own personal estates at home and abroad and to store up economic well-being for their families and unborn generations. Nigerian masses lack people power and for as long as this lack continues there will be no hope in sight. Nigerians must learn about the concept of people power from the Philippines and Ukrainians.

Vision 20-2020 is the most useless vision of all of them. It is the scam that we are living with today. Nigeria wants to be among the 20 greatest nations of the world by the year 2020. Seriously how stupid can some people be? Globally, an extremely corrupt nation like Nigeria is rubbing shoulders with the likes of Somalia in the infamous league of failed nations and some unreasonable people are talking about vision 20-2020.

Sometimes I think that the issue of power supply approaching 0 (null) MW is a deliberate attempt by the successive and illegal governments in Nigeria to mess with Nigerians. I mean when people have no access to information how can they organise themselves and challenge the ineptitude of a government that has completely paralyzed the country. On top of this several thousands of Nigerians are living without any form of monetary income. In the absence of social security, how do common people in Nigeria manage? Little wonder armed robbery and kidnapping have unfortunately and sadly become lucrative businesses.

Yes, Nigeria is in a state of complete paralysis. The 7-point agenda is a huge joke and an enormous slap on the faces of all Nigerians. What would it take for a failed albeit an illegal regime to pack its bags and resign honourably in the face of the state of static inertia and absolute zero performance for over 2 years? A child born 2 years ago is already planning his or her future today. Nigerians have been fooled for 49 years. How many more years can we afford to waste?

For the avoidance of doubts those who are propagating or branding vision 20-2020 should know that they are wasting their time. Of course we know that all they want is money, money, money and more money. But why not loot and get lost instead of selling bad/expired products like vision 20-2020. Even the rebranding project is giving me headache. To belong to the G-20 the likes of incapable Yar’ Adua must give way to energetic and trustworthy leader that must be elected by the people.

After the proper dispensation of democracy in the nearest election, there must be transparency in governance such that corruption will not be fought with lips. What this means is that since we know the majority of the looters and corrupt people in Nigeria and since many of them are still alive, we will start in earnest the process that will ensure that they are prosecuted. We will also ensure that they return back to us all the monies that they have stolen from the treasury.

Without tackling corruption in a tangible and visible way, Nigeria will NEVER belong to the G-20 group. This is because the economy will continue to lie in ruins and the naira will continue to get weaker and weaker. Poverty is affecting more than 75% of Nigerians. Is there any possibility or indication as at today that that percentage will be less than 40 in the year 2020? What steps are on ground to work towards this?

A nation that loses more than half a million women annually due to preventable causes cannot belong to the G-20. As a matter of fact a country whose health facilities cannot cater for its clueless rulers, greedy politicians and helpless masses is an extremely failed country. Nigeria is probably the only place on earth where polio exists and malaria along with other killer diseases/infections has not been sincerely tackled in Nigeria despite the millions of naira budgeted or received in aids annually.

Yar’ Adua has 2 more years on his illegal term as the ruler of Nigeria. I want to challenge his administration on (just) a 1-point agenda. Forget about good roads, forget about the schools, forget about agriculture and forget about everything else because you just cannot do them since the intelligence and capability is neither evident nor visible in this fake government.

As a matter of fact, in the last decade there has been dearth of ability and capability to deliver on anything at the federal level. Still my challenge to Yar’ Adua and his team is this: forget about everything else and spend the next 2 years of your administration in providing electricity for all Nigerians from Maiduguri to Niger Delta. Try if you dare!

But I know that my suggestion will sound silly in the PDP cycle of idiocy. Nigerian politicians don’t need the mandate of the people. They can apply the do-or-die approaches to stuff ballot boxes and apply other extreme mechanisms (including violence and political assassinations) to get to government houses. In 2007 several state chairmen of PDP and their stalwarts were sweating their asses off at secret locations stuffing ballot boxes. That was their buffer in case anyone challenges Iwu’s list at a tribunal.

Nevertheless, I challenge this lazy government to discard their useless and yeye 7-point agenda and provide only electricity for all Nigerians by 2011. By so doing, the doors to every other thing will be invariably open in 2011. Electricity will bring Dunlop, Michelin and several other companies back to Nigeria. Consequently employment opportunities will flourish as the cost of doing business will tumble.

Across Nigeria there will be joy, gladness and innovations. Nigerian individuals and businessmen in Ghana, Togo and Benin will return home. Millions of people will return home from Gabon, South Africa, Sweden, Canada, Egypt, South America, Iraq, Sudan, US, UK and many other unimaginable places on earth. Our economy will grow and we can begin to source for “people power” and trusted hands to fight corruption across the country.

Success in the power sector is essential before the next elections in Nigeria. I don’t want to imagine the magnitude of the calamities that will befall this already failed state if electricity is not ready for all by 2011. In addition to the benefits stated earlier we need constant electricity for the success of the voting system that we are anticipating.

If the status quo remains in Nigeria wrt election processes, wuruwuru voters’ registration, lack of power and static inertia in government then it means that Nigerian politicians are preparing for a repetition of the 2007 disastrous selection process. At that time in 2011 ordinary Nigerian citizens must be ready to march en-masse on the streets until the will of the common man is done. This does not necessarily call for violence.

With candles, beads of rosary and yellow uniform Philippines brought an end to the reign of Ferdinand Marcos in 1986. Again in 2001 Joseph Estrada relinquished power in the same country due to mass protest. After 10days of peaceful protests in Ukraine the orange revolution brought the will of the people to power. From now until 2011 and beyond the responsibility is on the pro-democracy groups in Nigeria, Transition Monitoring Group, faithful leaders of thoughts, youth, sincere students group and the civil society as a whole to speak with one voice.

The demands for transparency in our democratic processes are no longer negotiable. If we are ready by 2011, the change that we desire will start to come to Nigeria. We may begin to experience small changes with meaningful impacts but due to the nature of the extensive damage to Nigeria there will be no miracle before 2020. The small changes will probably gather subsequently and put Nigeria on her rightful place at the turn of the century-2100. We owe these moral obligations-(setting the stage for a good life and starting the process to make Nigeria develop) to our children’s children. 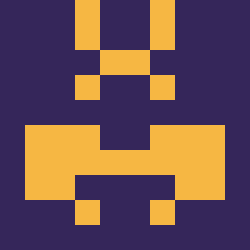